By 1806, more than 1,000 Indians lived at San Fernando Mission where they raised cattle for the production of hides, leather goods, and tallow.

The original church building was damaged in an 1812 earthquake, and had restored four times before the 1971 Sylmar earthquake.  The Sylmar quake damaged it beyond repair, so an exact replica was built during 1970s. The church was damaged again in the 1994 Northridge earthquake, it was repaired, and is now in good condition, although substantially reconstructed.

The Mission was used for scenes in several early Western movies prior to the 1971 earthquake: 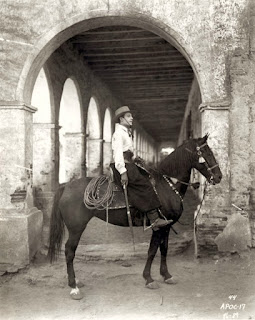 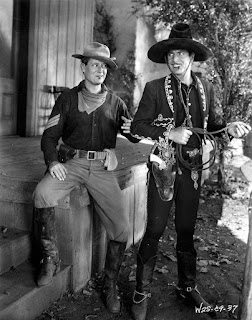 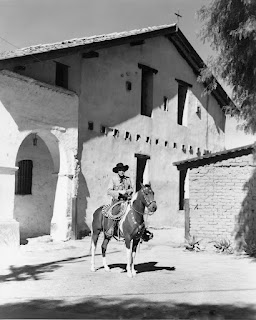 If you know of others please let me hear from you.

Posted by Drifting Cowboy at 2:27 PM