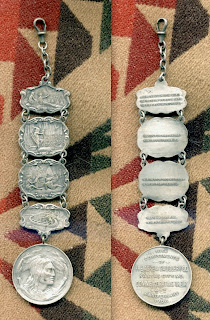 In 1866, after the end of the Civil War, William Askew moved to Kansas City, Missouri.  There he established a leather and harness hardware business with his brother Wilson Askew, a nephew Frank Askew, and fellow named Dubois.  The small business employed 6 craftsmen, and was known as Askew, Dubois & Company.

In 1873, Dubois retired and the business was renamed WW & F Askew Company for William, Wilson and Frank Askew.

In 1878, when William Askew retired from the company the business was renamed again to Askew Brothers Saddlery Company.

Finally in 1894, the company was incorporated as the Askew Saddlery Company with Wilson Askew as President and Frank Askew as Vice President.

The Askew Saddlery Company was among the first saddle-makers to provide quality saddles to working Cowboys in the business of driving beef to market in Kansas City, Missouri and Chicago, Illinois.

Over the years the Askew Saddle became known as a superior product -- made with excellent materials by expert craftsmen.

By 1906, when the company celebrated its 40th anniversary, the factory employed over 135 craftsmen as well as many office workers, and sales staff.

The Askew Saddlery Company ended when it was purchased by the Harpham Brothers Saddlery in 1928 -- just before the beginning of Great Depression in 1929.