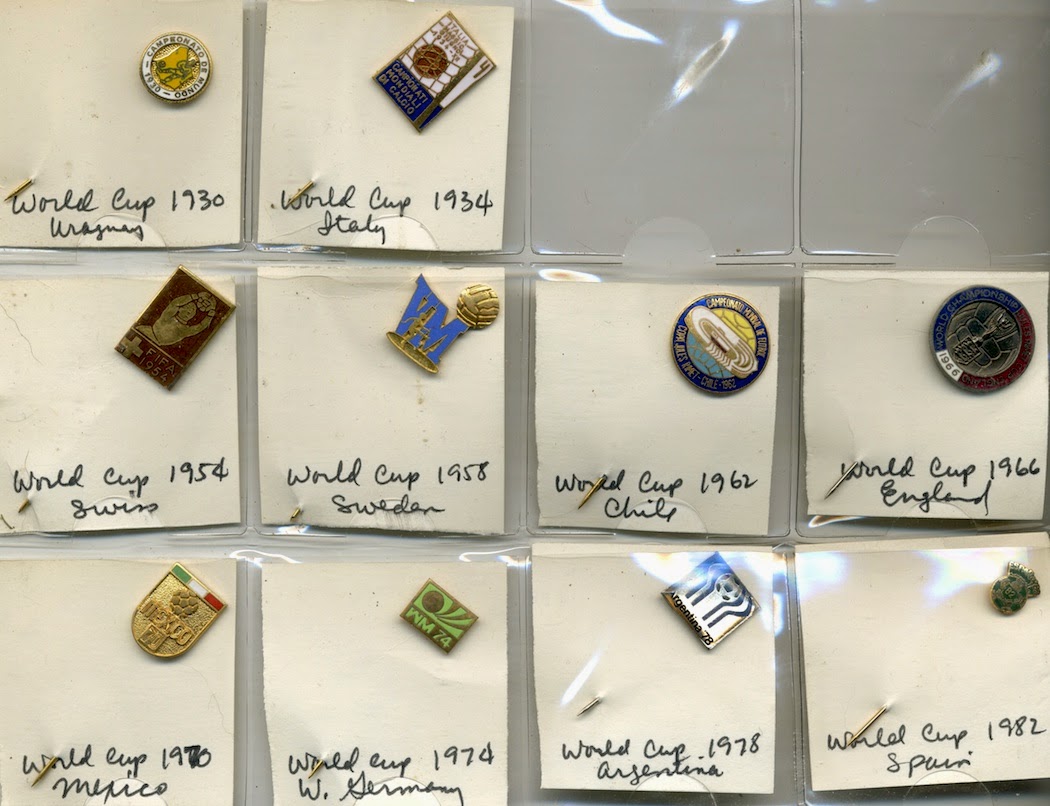 During the 1970s and 1980s -- when I was coaching youth soccer and playing in an adult league -- I discovered football (soccer) lapel badge collecting.  Football supporters from around the world -- I discovered -- collect lapel pins (called badges) to support their national team and favorite football clubs. 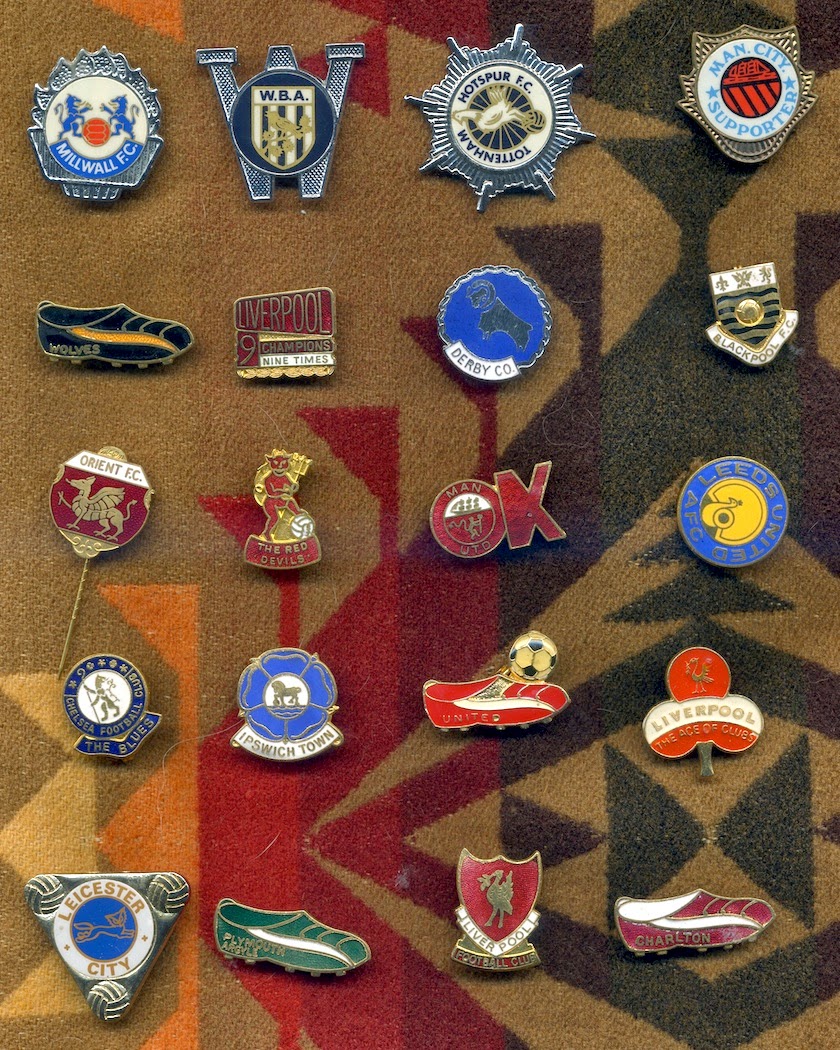 That is all the world except the United States.  At the time a professional league called the North American Soccer League (NASL) existed, but the souvenirs offered were usually felt pennants and large tin buttons.  Eventually -- before they folded -- NASL clubs started creating lapel badges, but they were very difficult to obtain. 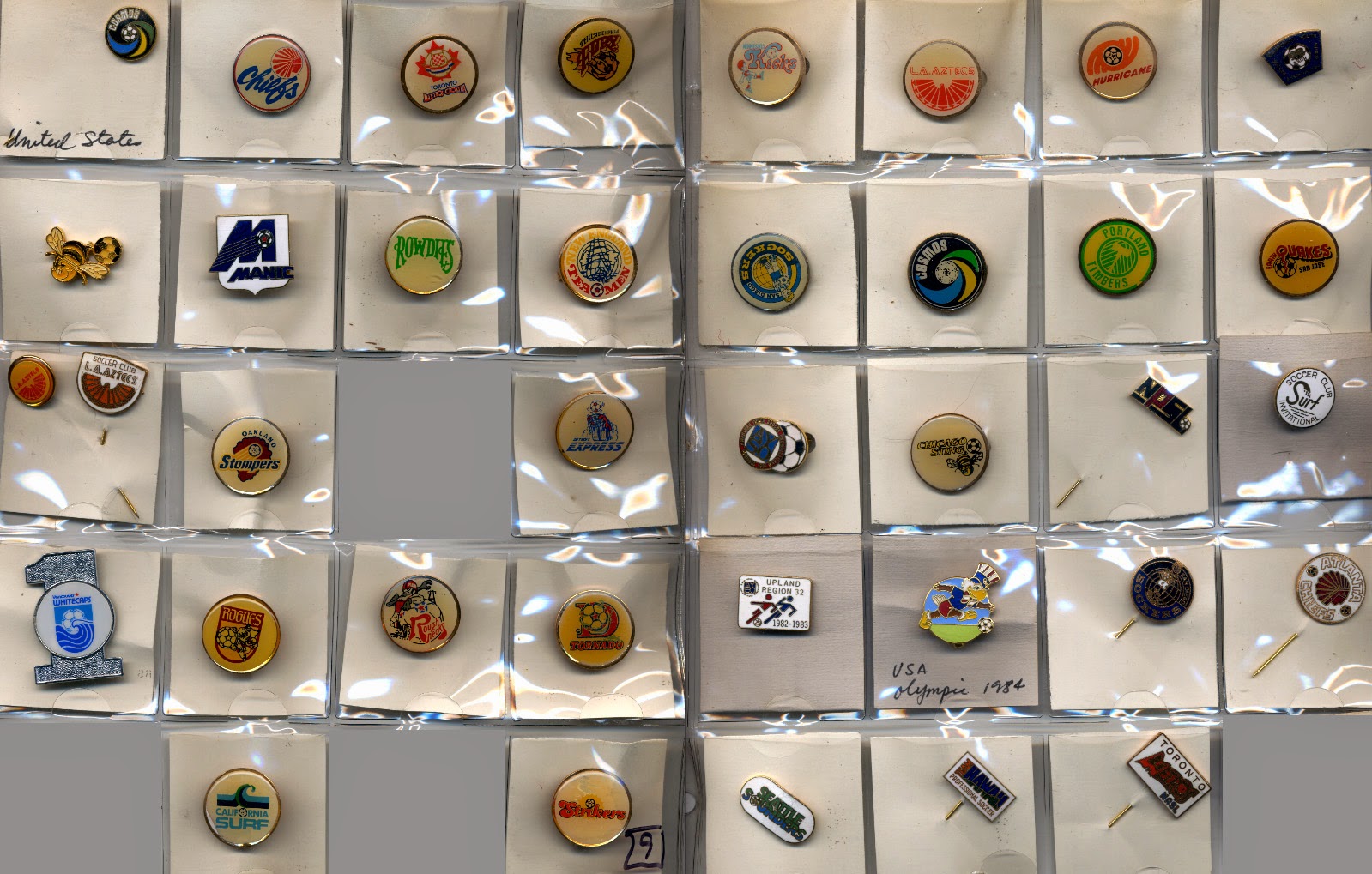 Over the course of a dozen years I obtained football magazines from around the world -- and through advertising -- made contact with 24 different collectors from around the globe.  I corresponded with these collectors and traded United States souvenirs for football badges from their countries. 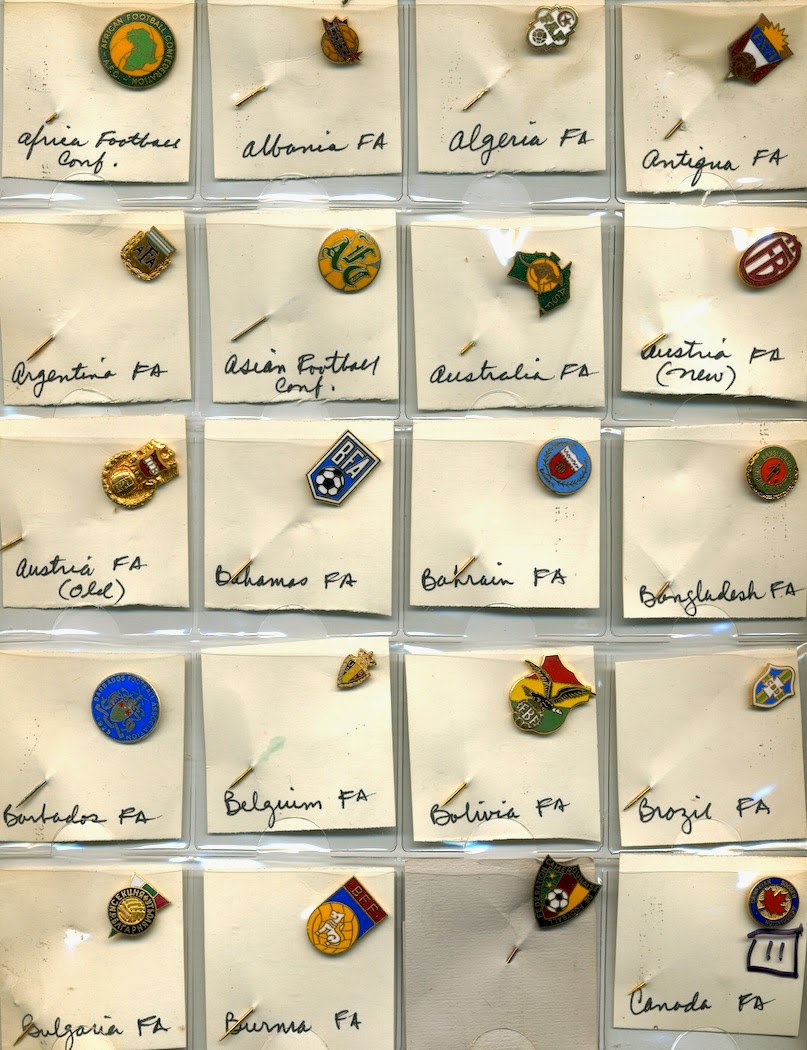 In addition I had obtained Football Association badges from many other counties and conferences across several continents. 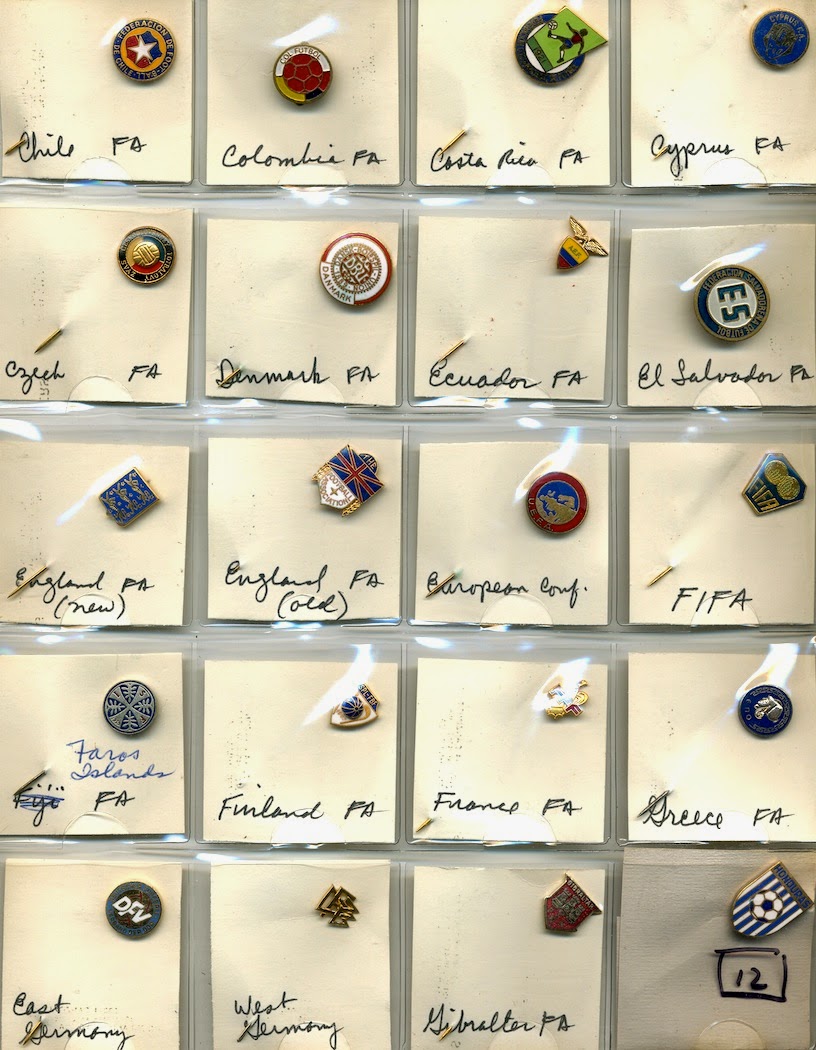 In all I had collected nearly 800 badges which I organized in three-ring binders with plastic insert pages designed for coin collecting.  It was one of the most delightful experiences in my life, and I learned a great deal about people and culture in many foreign lands. 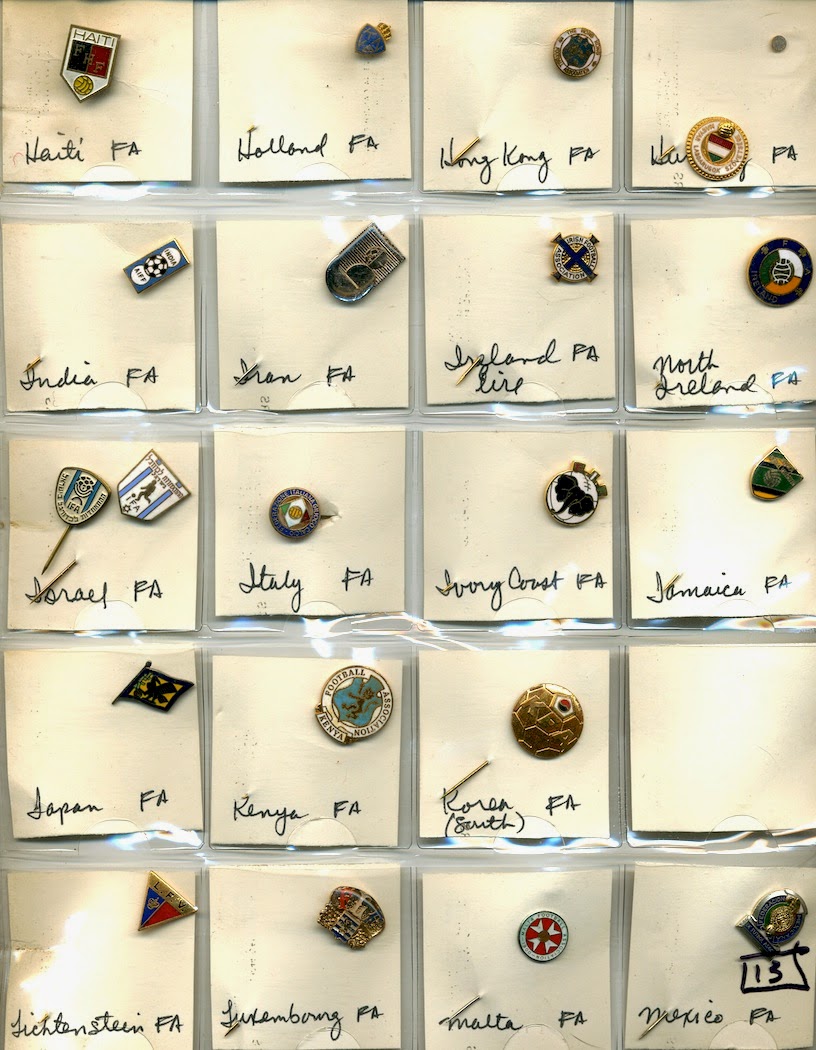 Over time I moved on the renew my interest in the American West and horses, so the lapel badge collection gathered dust in a box in my garage.  With the advent of the world wide web in the 1990s I found means to sell my collection. 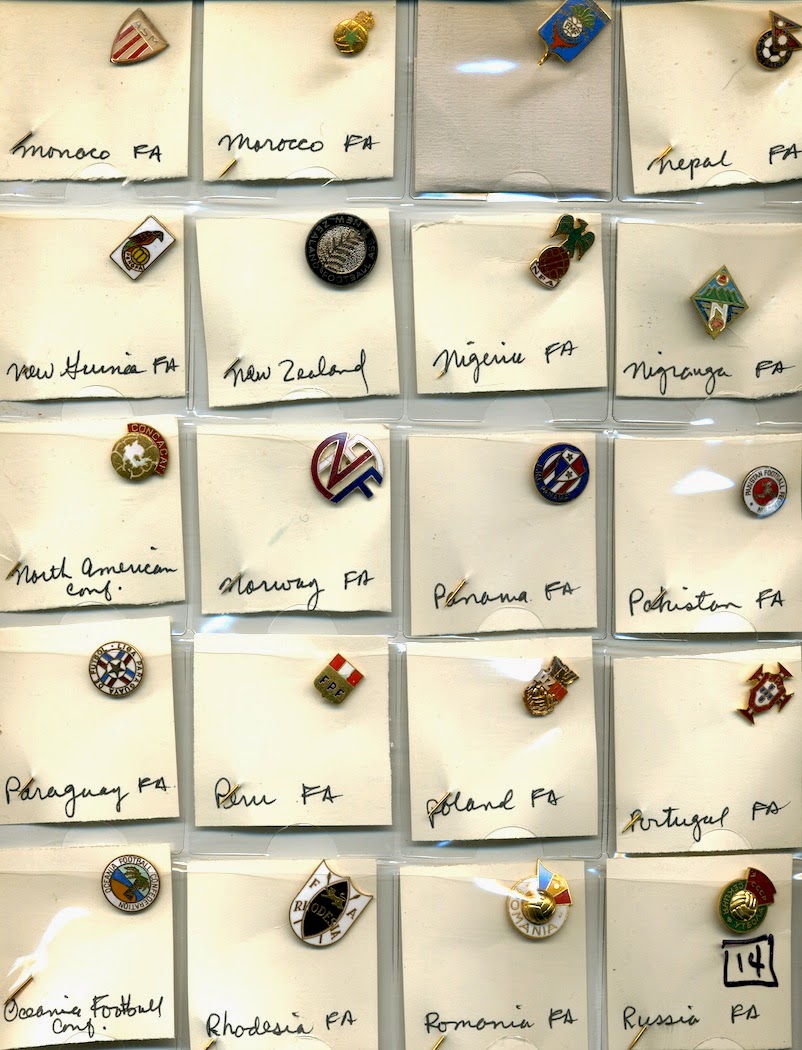 Not surprisingly the English and American badges were the first to go, and finally just last year I sold the remaining badges to a collector and dealer in the Ukraine. 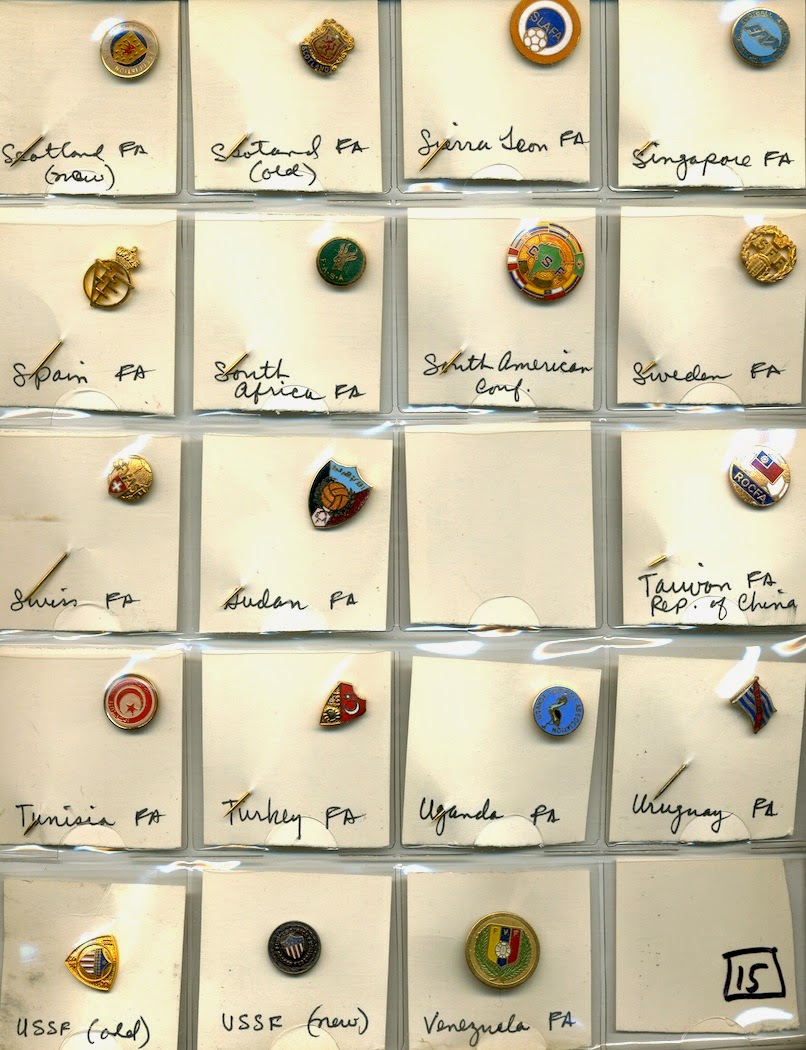 I wonder if my grandsons generation will discover a hobby as much fun as this?

Posted by Drifting Cowboy at 10:21 AM