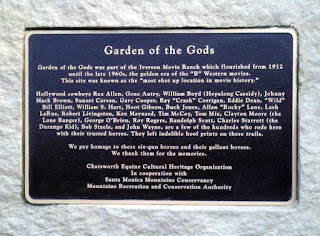 "Garden of the Gods was part of the Iverson Movie Location Ranch which flourished from 1912 until the late 1960s,  the golden era of the "B" Western movies, and was known as the "most shot up location in movie history."

We pay  homage to those six-gun heroes and their gallant horses.  Thank you for the memories. 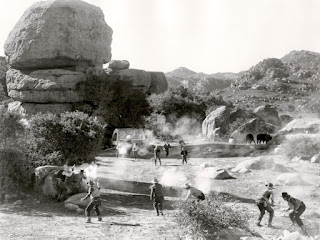 When we created the "Chatsworth Equine Cultural Heritage Organization" in 2000, we wrote the following mission statement designed to fight for horse-keeping rights and to preserve the history and culture of horses in Chatsworth:

The Chatsworth Equine Cultural Heritage Organization (Chatsworth ECHO) is a grass roots group of horse owners, horse enthusiasts, and property owners in Chatsworth, that has discovered a need for a public voice to protect horse-keeping zoning, to protect our trails, to keep them safe, and to create a public awareness for equine safety. We believe we may be the last of a rich equine culture that has existed in Chatsworth for more than a hundred years. We are a 501(C)(3) not for profit, educational organization that is dedicated to advocating for Chatsworth's equestrian lifestyle.

Our primary goals are:

To protect and preserve horses as a vital part of the collective experience of Chatsworth. Horses are a living link to the history of Chatsworth; without horses, the economy, history, and character of Chatsworth would be profoundly different.

To ensure that new equestrian trails are constructed as mandated by subdivision map approval, by community plan, or by proposed state, city, or federal park criteria.

To protect and conserve the local environment around the existing equestrian trails of the Chatsworth community.

To keep equestrian trails safe from dumping of hazardous waste and trash.

To keep riders safe from undesirable individuals who are loitering or camping in and around equestrian trails.

To establish a public awareness of equestrian - vehicle safety.

Then a few years later, in 2003, when I established the Chatsworth Neighborhood Council's first Equestrian Committee I used the exact same language for its mission statement.

That being done there was no need to continue ECHO, and in 2009, we agreed to disband. The board members voted to use the remaining bank balance to work with the Santa Monica Conservancy to put up a plaque in the Garden of the Gods as a way to remember the legacy of movie horses and cowboy stars that made Chatsworth the Western icon that it will always be. 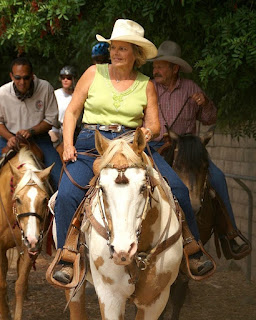 As a cowboy activist I've worked for many years to protect horse-keeping in Chatsworth. Here are a few links that reflect that history...

Just A Pile Of Rocks Or An Old West Icon http://a-drifting-cowboy.blogspot.com/2014/12/just-pile-of-rocks-or-old-west-icon.html

To learn more about Western movie locations in Chatsworth and their filmography, go to Chatsworth Rock Stars http://a-drifting-cowboy.blogspot.com/2012/05/chatsworths-rock-stars.html

About the Iverson Movie Ranch... 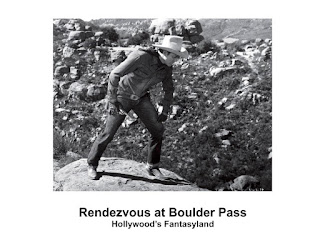 In the San Fernando Valley's backyard, there remains a fantasyland that was forever made famous by Hollywood…

Here's a chronological link to hundreds of film titles lensed in Chatsworth...
http://a-drifting-cowboy.blogspot.com/2012/04/celebrating-100-years-of-chatsworth_30.html

To learn more about Jerry England and his books visit http://www.cowboyup.com/