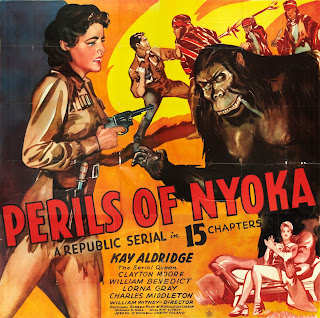 Perils of Nyoka (1942) is a Republic movie serial directed by William Witney.  It starred Kay Aldridge as Nyoka the Jungle Girl, a character who first appeared in the Edgar Rice Burroughs-inspired serial "Jungle Girl" (1941).  The success of the original serial prompted the sequel Perils of Nyoka in 1942.

Intrepid Nyoka Gordon is in the jungle searching for her father (lost on a previous expedition).  Dr. Larry Grayson (Clayton Moore) is interested in locating the tablets for their medical value, and assists Nyoka in her attempt to discover the lost Golden Tablets of Hippocrates. 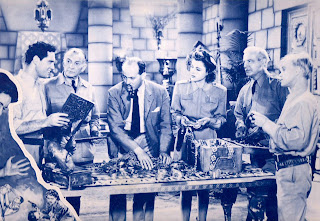 The tablets containing medical knowledge of the Ancients are believed to be buried with a vast treasure of Gold. 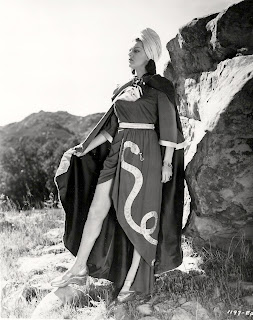 Also hunting for the tablets are Queen Vultura ("Queen of the Desert and Ruler of the Arabs") and her Arab ally Cassib.

Republic re-released the serial in 1952, under the new title of Nyoka and the Tigermen.  In 1966, it was re-released for television, but this time the title was changed to Nyoka and the Lost Secrets of Hippocrates. 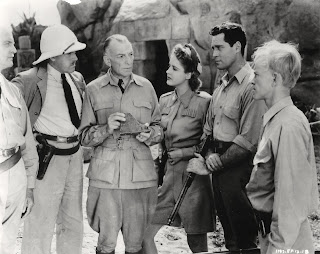 Most of the filming took place on the Iverson Movie Ranch in Chatsworth, but a few scenes were lensed at nearby Corriganville.

For an Iverson Movie Ranch historian it doesn't get much better than this serial.  Virtually early corner of the Iverson Ranch appears somewhere in this film. 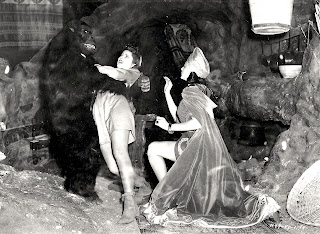 The cliffhanger scene (on the edge of Nyoka Cliff) -- Nyoka trying to escape Vultura's killer ape -- is one of the best ever filmed: http://www.youtube.com/watch?v=JeTkHHaPZVI&feature=youtube_gdata_player 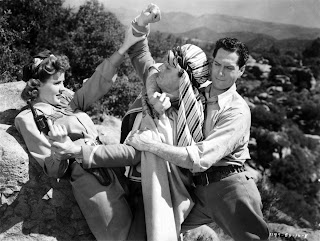 But, a close second has to be the famous "bridge scene" filmed next to Turtle Rocks on the upper Iverson Ranch: http://www.youtube.com/watch?v=2GzdaOLgBms&feature=youtube_gdata_player

If you like Cliffhangers they don't get a better than this one, and I heartily recommend seeing it. 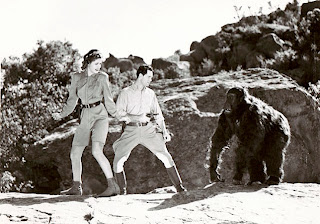 By the way… Emil Van Horn played the ape named 'Satan' in Perils of Nyoka.

Posted by Drifting Cowboy at 6:44 AM