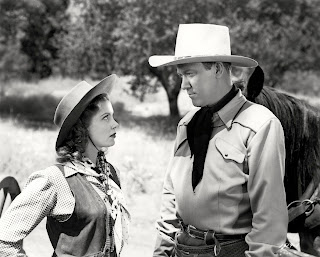 Kirby Grant (1911-1985) was an American cowboy actor, best remembered for his starring role in the flying cowboy adventure series "Sky King" (1951) on television.

Grant had been a child prodigy violinist from Silver Bow County in Montana, and in 1939 won a contest -- "The Gateway to Hollywood" -- which earned him a movie contract with RKO.

He moved to Universal in 1943, where he played lead roles in several B-musicals.  In 1945, he was selected to replace Rod Cameron (who moved up to more important roles) as the star in a series of seven B-Western films.  Those films made him an action star which eventually led to his starring role "Sky King." 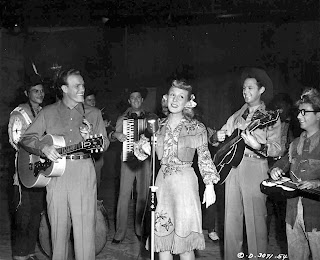 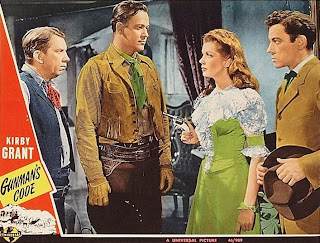 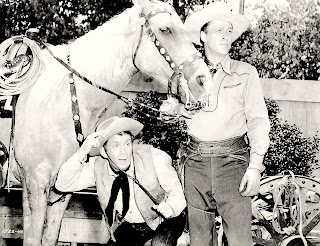 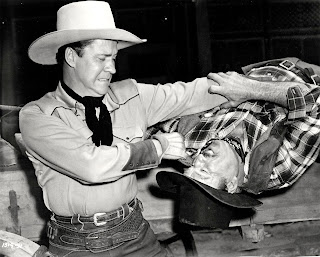 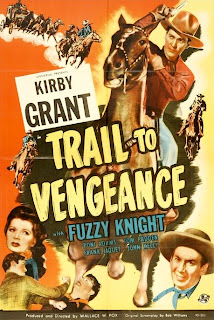 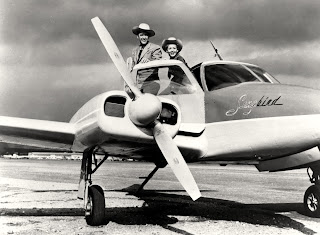 Posted by Drifting Cowboy at 7:23 AM