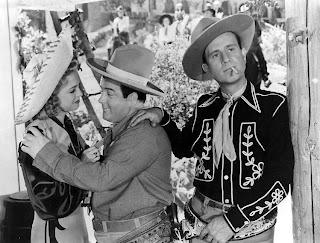 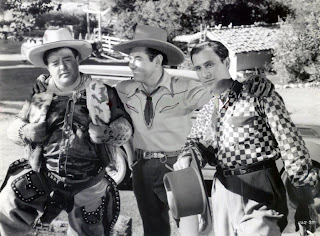 Two inept rodeo peanut vendors are in trouble with their boss, so hide out in cattle car of a train, and end up heading west.  They soon find themselves in Arizona where they are hired as cowboys on a dude ranch, despite the fact that neither of them has ever been on a horse.

Meanwhile Bronco Bob Mitchell (Dick Foran), the author of best-selling western novels -- who has never been out West -- is exposed in a newspaper article.  He makes an appearance at a New York charity rodeo to try to improve his image, but is thrown from a horse when a steer escapes.  A rodeo cowgirl, Anne Shaw (Anne Gwynne), comes to his rescue, bulldogs the steer, and saves his life.  She is very angry when she learns Bronco Bob is really just a city slicker.  Ann is injured and cannot compete in the rodeo, so she returns home to her father's Dude Ranch.

Eventually they all end up on the Arizona Dude Ranch owned by Ann's father, and the fun begins. 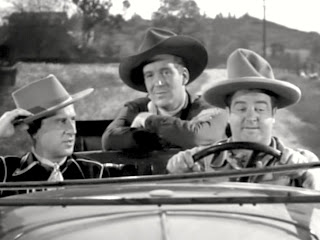 For Iverson Movie Ranch fans there is a seven and a half minute chase scene that is a virtual tour of the ranch... See my YouTube clip at: http://www.youtube.com/watch?v=L5wQl1HJHck&feature=youtube_gdata_player 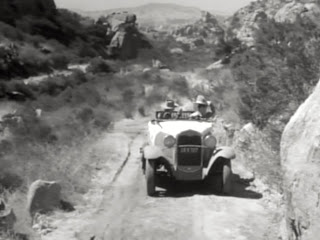 Abbott and Costello escape outlaws in the Iverson Gorge. 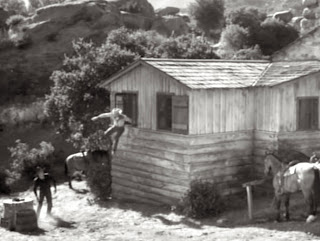 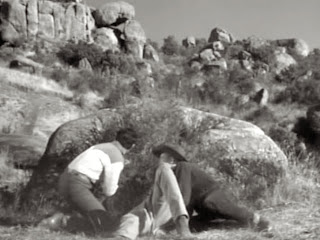 Dick Foran and Johnny Mack Brown capture an outlaw and elude his pals at 'Hole in the Wall.' 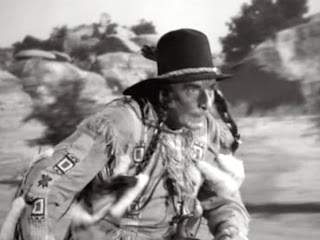 Abbott and Costello are chased by Indians and Douglass Dumbrille as Jake Rainwater on the upper Iverson Ranch. 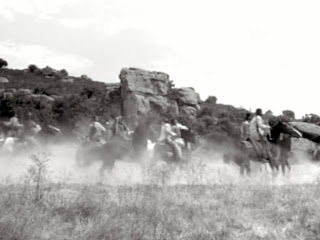 Abbott and Costello outwit the Indians at Medicine Rocks on the upper ranch. 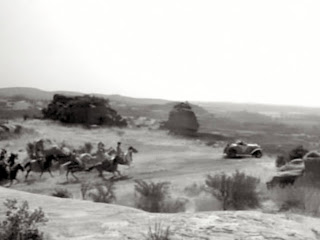 The Indians pursue Abbott and Costello onto the lower Iverson Ranch above Chatsworth. 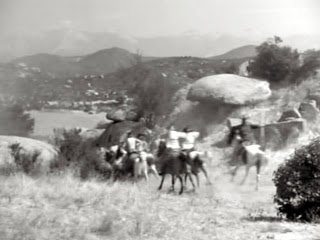 And, the Indians chase our heroes past Mushroom Rock onto Sheep Flats.

If that isn't enough…  you'll even be treated as Ella Fitzgerald (playing Ruby a ranch employee) sings her breakthrough hit song "A-Tisket, A-Tasket" in the bus, as the ranch crew drives from the railway station to the ranch.

And there's even a cameo appearance from Iron Eyes Cody.

So if -- like me -- you are a fan of Iverson Ranch movies this one is an absolute must see.

Posted by Drifting Cowboy at 9:53 AM