In an earlier post at http://a-drifting-cowboy.blogspot.com/2012/07/corriganville-movie-ranch-overview.html I told you about Ray Corrigan's Movie Ranch known as Corriganville.

In this post I show you a few movie stills taken on Corriganville's Western Street (completed in 1943) which was called Silvertown. 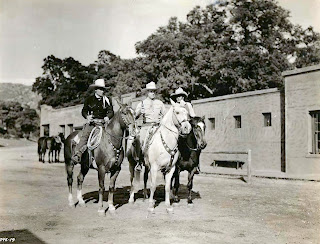 An early movie still for Brand of the Devil (1944) looking east. 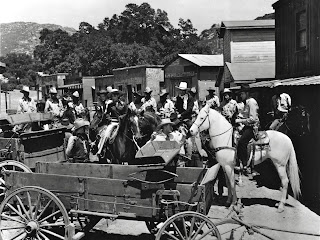 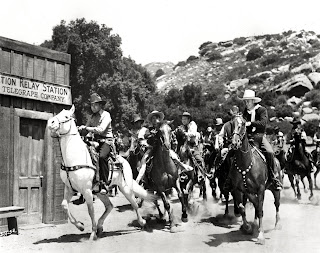 Another still for Gangsters of the Frontier (1944). 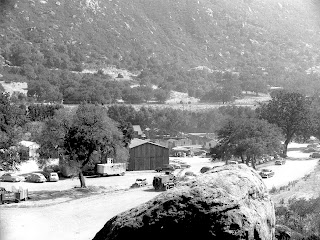 An early 1950s fan photo of the parking area north of Silvertown looking toward the south. 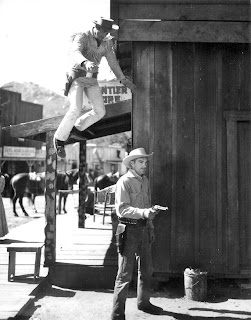 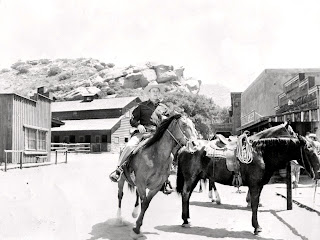 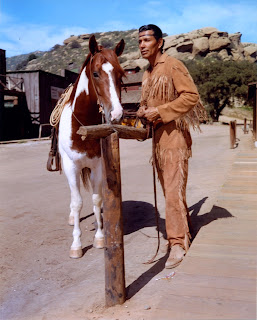 Above is a promotional still for the Lone Ranger (1956) with Jay Silverheels and Scout.  The camera is pointed east. 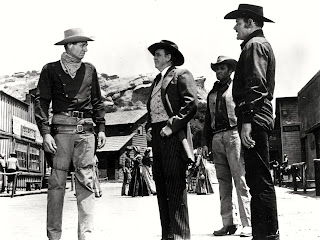 A publicity still for Noose for a Gunman (1960).  Once again the camera is pointed east to capture the rock outcroppings at the end of the street. 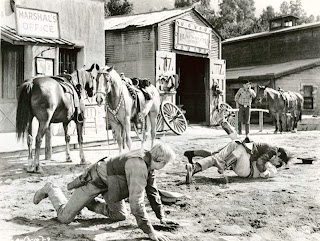 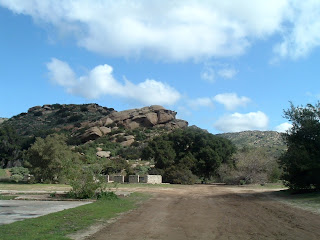 My 2009 photo of the Silvertown location looking east.  The walls of the barn and sable are on the left side. 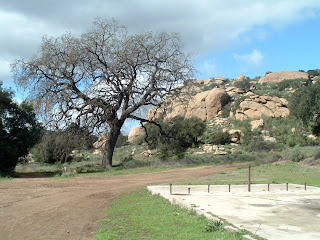 My 2009 photo of the Silvertown location looking west.

Posted by Drifting Cowboy at 7:38 AM