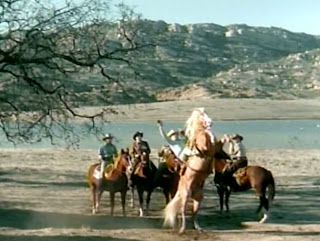 Today the 1,318-acre Chatsworth Reservoir property is owned by the City of Los Angeles Department of Water and Power (DW&P); and while it has been set aside as a nature preserve, it is closed to the public except for a day or two each year.

The reservoir was built in 1919, during the city's legendary water drive. However, as the Valley's agricultural lands gave way to tract homes, the reservoir couldn't meet the demand. After the 1971 Sylmar Earthquake, DW&P officials found it seismically unstable and closed it.

Over the past four decades, the submerged ecosystem sprang up again.  The Audubon Society lists more than 200 bird species that have been spotted there. Among them are Canada geese, white-tailed kites, golden eagles, redwinged blackbirds and great horned owls. Bobcats and coyotes roam the craggy rocks, and a herd of mule deer forages under ancient oaks.

Chatsworth Lake as it was known during the silent film era was a popular filming location, but few of the poorly kept records have survived.

Some of the early movies I've discovered lensed at Chatsworth Lake include: 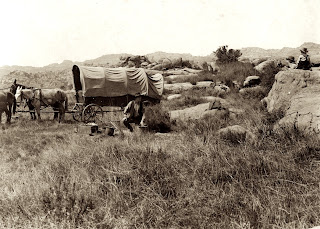 I believed the movie still above from a scene in Three Word Brand (1921) -- starring William S. Hart, Jane Novak and S.J. Bingham -- was taken on the Iverson Ranch, but when I finally obtained a copy of the film I soon learned it is actually Chatsworth Lake (see below). 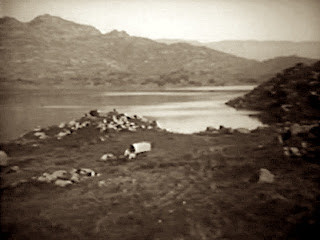 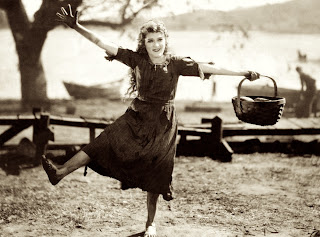 The promotional photo above from a scene in Tess of the Storm Country (1922) -- starring Mary Pickford, Lloyd Hughes and Gloria Hope -- shows part of a set that had been constructed at Chatsworth Lake. The screen capture above from a fly-over scene in Hell's Angels (1930) -- starring Ben Lyon, James Hall and Jean Harlow -- offers an exciting view of Chatsworth Lake below.

Between 1946 and 1954 these additional titles were filmed at Chatsworth Reservoir: 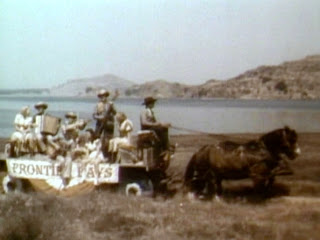 Out California Way (1946) starring Monte Hale, Lorna Gray and Robert Blake with guest appearances from Roy Rogers and Allan Lane had several scenes lensed at Chatsworth Reservoir as you can see in the screenshot above. 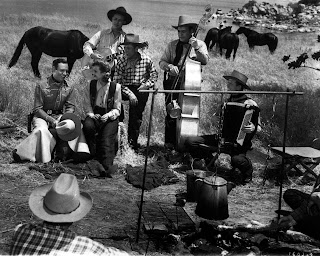 The publicity still above for Sioux City Sue (1946) -- starring Gene Autry, Champion and Lynne Roberts -- has Chatsworth Reservoir in the background.  Most of the rest of the movie was lensed at nearby Corriganville. 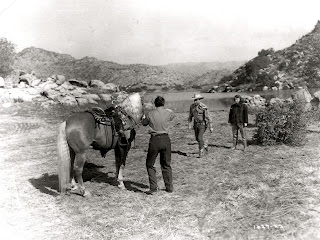 This rare publicity still for Susanna Pass (1949) -- starring Roy Rogers, Trigger and Dale Evans --was snapped at Chatsworth Reservoir and is courtesy of Jan Scott. 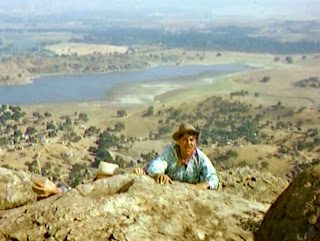 The color screen capture above from a scene in The Palomino (1950) -- starring Jerome Courtland, Beverly Tyler and Joseph Calleia -- is one of my favorite views of Chatsworth Reservoir because it looks exactly as it did when I visited it on trail rides in the mid 1950s.  The film was actually lensed on the Bell Ranch which overlooked the reservoir from its southeast corner.


See the above images come alive on YouTube: http://www.youtube.com/watch?v=aP1t4IlJTWE