Great granddad was burned at the stake 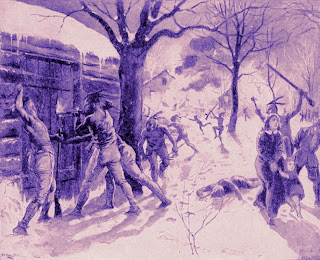 John Plympton was born in England about 1620.  He was the first Plympton family immigrant ancestor to come over from England, and was part of the Great Migration of Puritans led by John Winthrop about 1630.

The only way young John could afford to come to the New World was as an apprentice.  Mr. George Alcock paid for his passage over on the ship Arbella, and in return John agreed to work as his apprentice for the next 7 years.

Mr. Alcock had settled in Roxbury, so in 1643, after John finished his apprenticeship and became a free man he moved further west to the new town of Dedham.  At Dedham he was received into the church, and joined the Ancient and Honorable Artillery Company.  In 1644 John married to Jane Damon (sister of Deacon Damon of Reading).

Medfield broke a away from the Dedham grant and was founded in 1649 as the 43rd town in the then Massachusetts Bay Colony.  A year later, in 1650, John was granted 100 acres and built a house along Main Street.  His field was on the opposite side of Main Street.  During the next twenty years Jane gave birth to twelve children (four died young).

In the spring of 1673, John and Jane left Medfield and emigrated to the new town of Deerfield along the Connecticut River.  Two years later, with the outbreak of the King Philip War, John was appointed as Sergeant and named the chief military officer of Deerfield.

In 1677, during an Indian raid on Deerfield John and several of his neighbors (two other men, three women and fourteen children) were captured by Indians and force marched up into Canada.  Later most of this party was ransomed, but John was burned at the stake near Chamblee, Canada.

After the report of his death reached his wife in Deerfield, Jane returned to the Medfield area and in 1679 married Nicholas Hide.

My lineage to Sergeant John Plimpton looks like this: 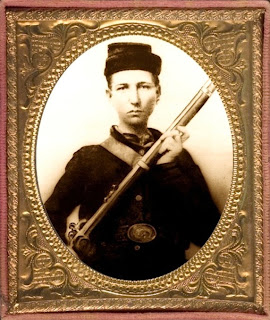 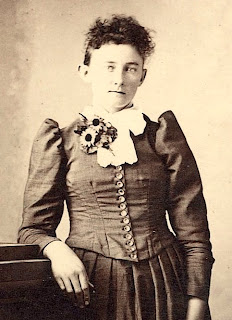 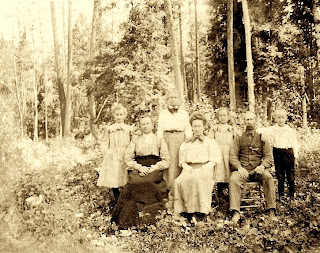 Posted by Drifting Cowboy at 8:45 AM