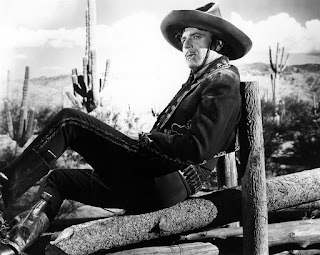 Warner Baxter (1889-1951) was an American actor, best known for his role as The Cisco Kid in In Old Arizona (1929), for which he won the second Academy Award for Best Actor in the 1928–1929 Academy Awards. Warner Baxter started his movie career in silent movies. His most notable silent films are The Great Gatsby (1926) and The Awful Truth (1925). The Great Gatsby is one of many lost films of the silent era.  In total he appeared in 109 films during his career. 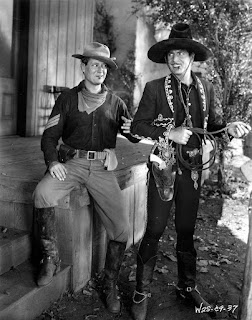 Posted by Drifting Cowboy at 5:37 PM