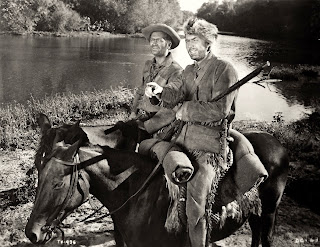 Maybe you're old enough to have been a fan of Disney TV star Fess Parker when he portrayed Davy Crocket in the 1950s and Daniel Boone in the 1960s.

If you were chances are you always wondered what is was like to load and shoot a muzzleloading rifle or throw a tomahawk? 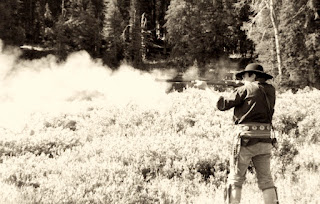 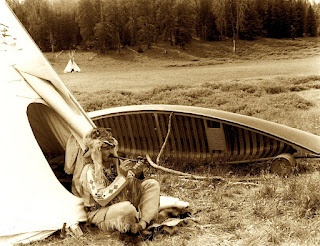 If so, did you ever wonder what it would be like to live in an Indian tipi village or paddle canoe on the Missouri River?  (See related post at http://a-drifting-cowboy.blogspot.com/2011/10/montana-canoe-adventure-floating.html) 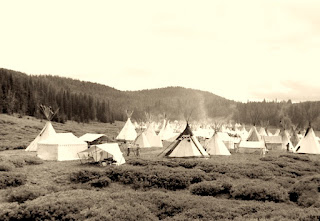 For me the answer to those questions was a resounding YES!

There was something magical about those earliest trappers and explorers known as the Mountain Man.  Between 1800 and the 1880s they were the first to go into unmapped wilderness and establish trails and pathways that would later become wagon roads for folks who settled the West.

During the 1980s and 1990s, I discovered 'Buckskinning' -- folks who enjoy shooting muzzleloading rifles, dressing in 1840s period clothing, and living a Mountain Man lifestyle.

Their gatherings are called Rendezvous -- modeled after the Rocky Mountain gatherings where the trappers met with the dealers to trade their furs for supplies, tobacco, and whiskey. The National Muzzleloading Rifle Association sponsored most rendezvous events and membership was required for attendance. 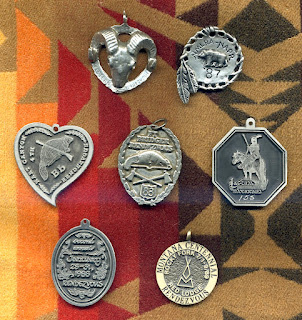 For me there is no better way to learn about our nations history than go live it for a few days at a historical reenactment. 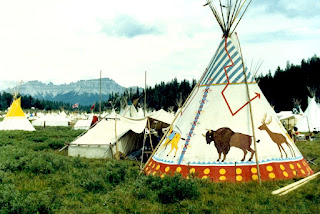 Rendezvous reenactments can be fun for the whole family.  All you need to get started is some period clothing -- a 1840s style shirt and sash, a string of trade beads, and an old pair of corduroy pants worked for my son in the photo below. 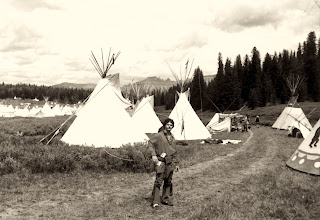 Keep your powder dry and mind your scalp till pilgrim :-)