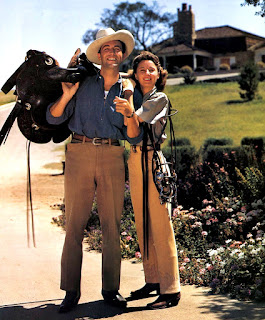 Robert Taylor (1911 – 1969) was an American film and television actor who was one of the most popular leading men of his time.

While making the film "His Brother's Wife" (1936), Robert Taylor became involved with his co-star, Barbara Stanwyck.  Rather than a torrid romance, some claimed their relationship was more one of mentor and pupil with Stanwyck serving as adviser to the younger Taylor.

Some historians claim their 1939 marriage was arranged with the help of Metro-Goldwyn-Mayer, a common practice in Hollywood's golden age.  Never-the-less they were popular members of the early Northridge "Horse Capitol of the West" -- just down the road from Chatsworth filming locations.

Ironically Taylor only made one movie in the Santa Susana area. 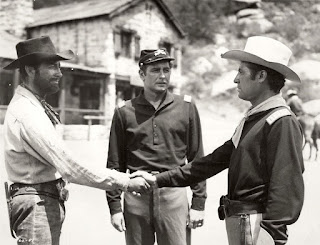 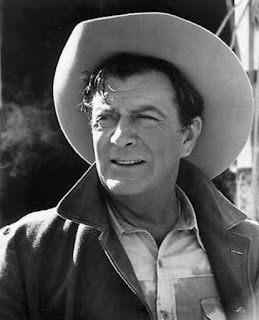 Posted by Drifting Cowboy at 2:07 PM