Cowboy Wisdom -- Before it will grow you gotta plant the seed 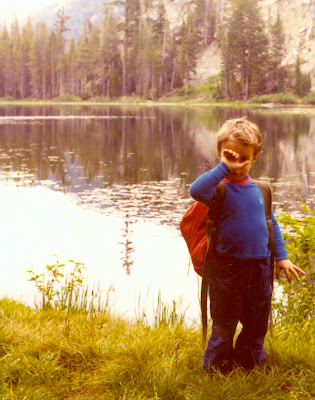 California redwood trees are so tall they appear to penetrate the stratosphere.  Some of those lofty giants exceed 350 feet and have been around since well before ol' Christopher Columbus sailed across the ocean blue.  Each one started out as a tiny seed, and conditions had to be just right for them to grow.
Anything worthwhile has to start by planting the seed.  I planted the seed for my children who all love the great outdoors.  The photo above is my eldest son Mike on his first backpacking trip about 1970.  His pack contained just his little down jacket, but it made him very much a part of the activity. 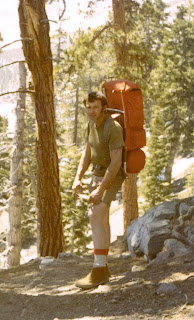 Of course somebody had to pack the grub--that would be yours truly--in the High Sierra's Minarets Wilderness (1970). 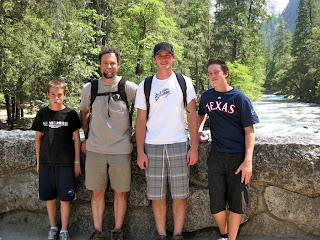 Forty years later Mike has done a first class job of planting that seed with his boys (my grandsons).  In the photo above (left to right) are Ian, Mike, Ryan, and Kevin in Yosemite National Park  (2010).
Posted by Drifting Cowboy at 7:32 AM