Meanwhile back at the ranch -- Stoney Point (Chatsworth icon)

"Meanwhile back at the ranch" is a continuing series about "rock stars" (landscape features) on the old Iverson Movie Location Ranch is Chatsworth, California.  For more information see: http://a-drifting-cowboy.blogspot.com/2011/10/iverson-movie-location-ranch-chatsworth.html 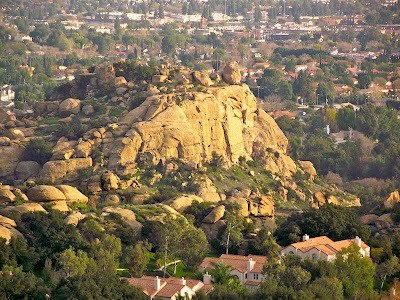 Stoney Point is an icon for Chatsworth, California.  It's a rock formation, climber's mecca, and city park located on Topanga Canyon Boulevard about a mile north of Devonshire Street.  The Chatsworth Chamber of Commerce uses a photo of the crag as its logo representing the Chatsworth community.  Stoney Point was not part of the Iverson Movie Ranch, but it was often seen in background scenes of movies and television shows filmed on the Iverson Ranch. 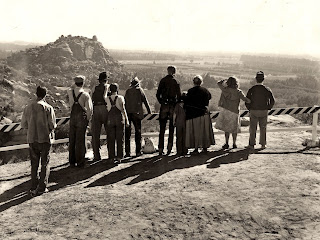 The promotional still above is from The Grapes Of Wrath (1940) starring Henry Fonda, Jane Darwell and John Carradine.  This scene does not actually appear in the movie, but scenes were filmed just a wee bit to the right (west), leaving Stoney Point out of the final cut. 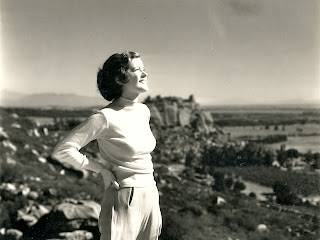 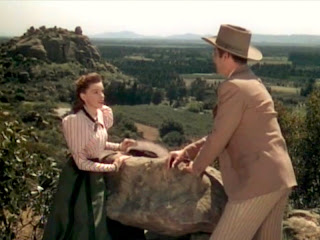 The color screen capture above, with Stoney Point in the background, is from The Harvey Girls (1946) starring Judy Garland and John Hodiak. 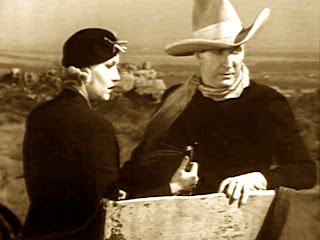 This sepia-tone screenshot (above) is Claudia Dell and Tim McCoy in a scene from Ghost Patrol (1936). 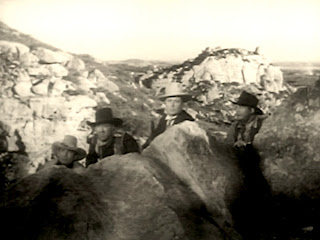 In the screen capture above,  Stoney Point is seen from the south side of the Garden of the Gods formation in Buster Crabbe's Desert Gold (1936). 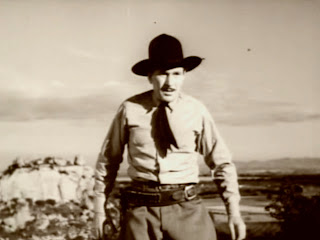 The screenshot above is from Tim McCoy's Phantom Ranger (1938). 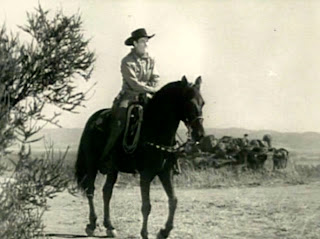 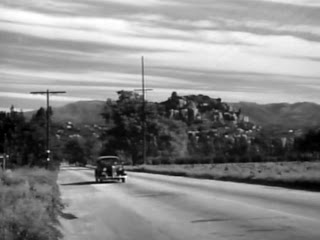 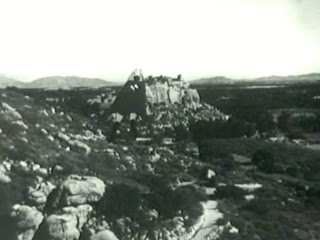 In Atom Man vs. Superman (1950) starring Kirk Alyn, Noel Neill and Lyle Talbot, superman's flying stunts were animations as you can see here.  In the serial Lex Luthor, Superman's arch-nemesis, lives in a cave deep inside the Stoney Point outcropping. 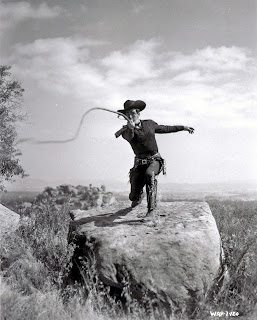 King of the Bullwhip (1950) Lash LaRue with Stoney Point in the background.

Posted by Drifting Cowboy at 8:28 AM