Trust your neighbor, but keep your gun well oiled 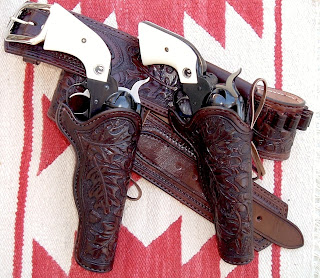 My favorite Charlie Russell saying about guns is "Trust your neighbor, but keep your gun well oiled" from Trails Plowed Under (1929).
I strongly support the Second Amendment to the United States Constitution (the United States Bill of Rights) that protects the right of the people to keep and bear arms, as it was adopted on December 15, 1791.
In 2008 and 2010, the Supreme Court issued two Second Amendment decisions that further support the right to bear arms: In the District of Columbia v. Heller (2008), the Court ruled that the Second Amendment protects an individual's right to possess a firearm, unconnected to service in a militia and to use that arm for traditionally lawful purposes, such as self-defense within the home.  In McDonald v. Chicago (2010), the Court ruled that the Second Amendment limits state and local governments to the same extent that it limits the federal government.
Nobody has a better understanding of the meaning of the Second Amendment than our Founding Fathers who conceived it.  Here's what some of them had to say about the right of the people to keep and bear arms:
"A free people ought not only to be armed and disciplined, but they should have sufficient arms and ammunition to maintain a status of independence from any who might attempt to abuse them, which would include their own government." -- George Washington
"The strongest reason for people to retain the right to keep and bear arms is, as a last resort, to protect themselves against tyranny in government." -- Thomas Jefferson
"Arms in the hands of citizens may be used at individual discretion in private self defense." -- John Adams
"Americans have the right and advantage of being armed, unlike the people of other countries, whose leaders are afraid to trust them with arms." -- James Madison 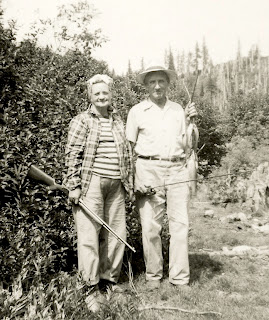 So, if packing iron was good for our founding fathers and grandma it's good for me (the photo above was taken in Montana 1949).
Posted by Drifting Cowboy at 9:07 AM