During the past decade it has become a tradition for the Mayor and Councilmembers in Los Angeles to visit Chatsworth's equestrian community to ride through the 'rockscapes' made famous by the thousands of Western films lensed here.

The ride was organized by Mary Kaufman and Charlotte Brodie of ETI Corral 54, and included several Chatsworth Neighborhood Council Members along with many dozen community stakeholders. 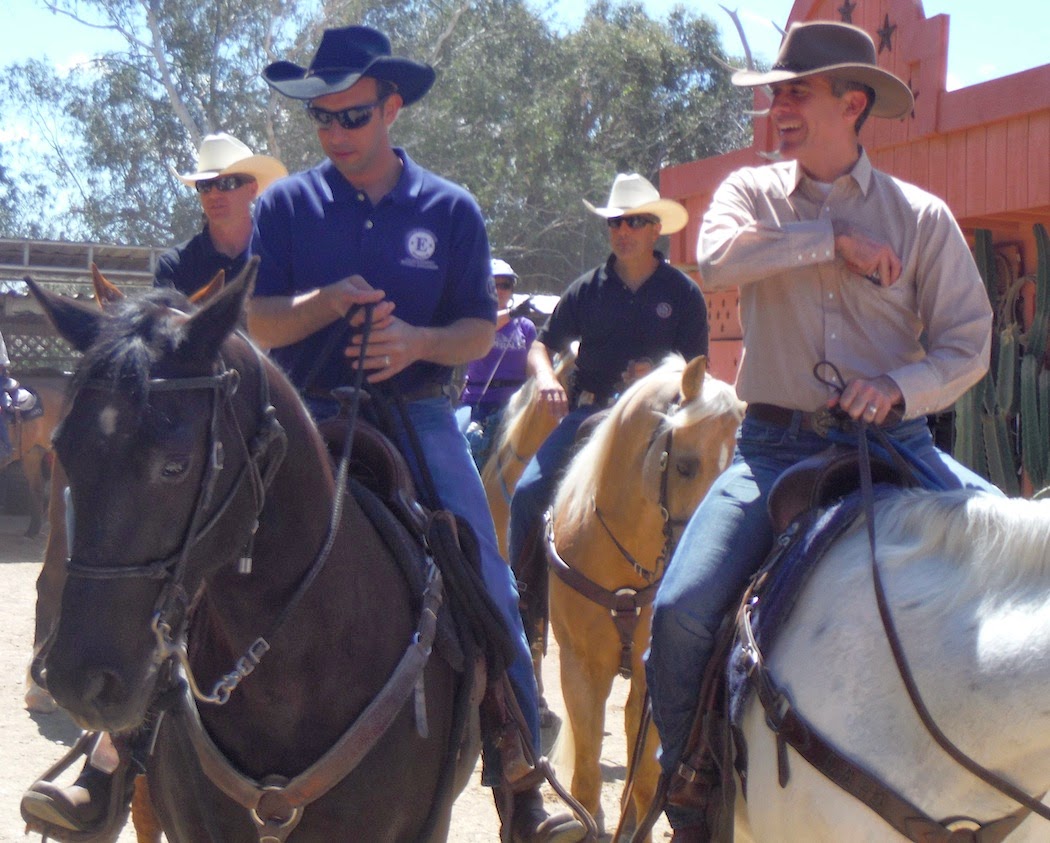 Mayor Garcetti was right at home on a horse as he grew up riding in the San Fernando Valley. 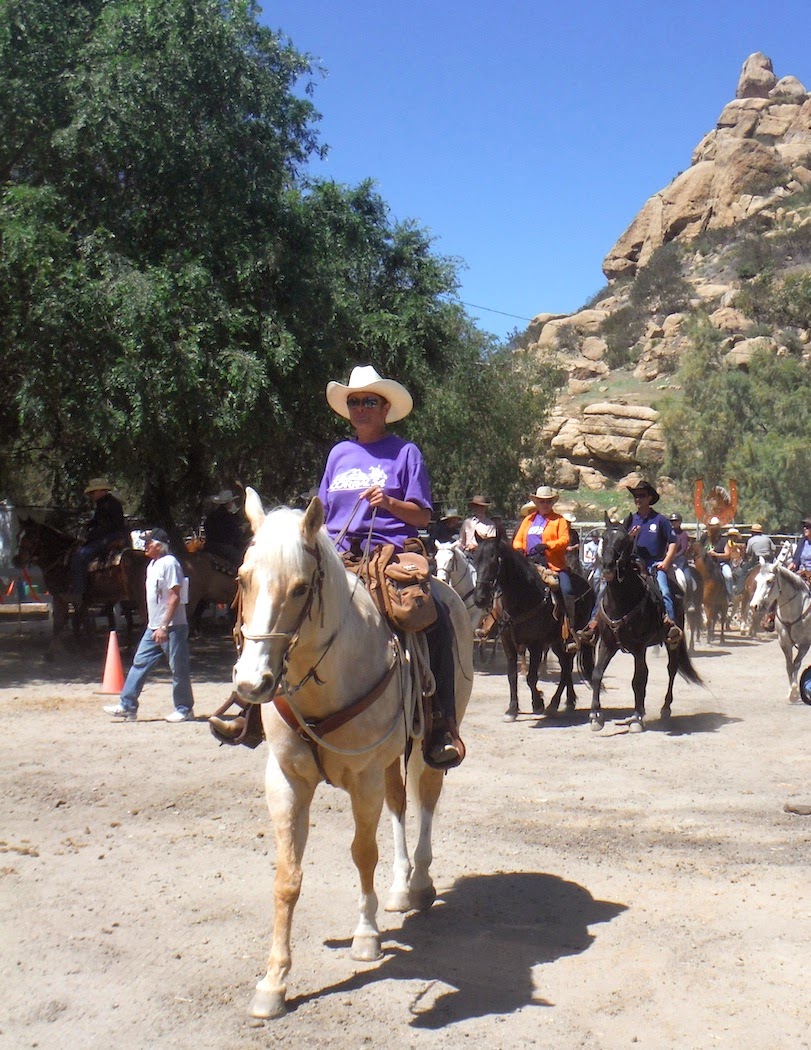 Mary Kaufman on her beautiful palomino with iconic Stoney Point in the background.

Three of my favorite cowgirls (left to right above) Mary Kaufman chairperson of the Chatsworth Neighborhood Council Equestrian Committee, Charlotte Brodie long time Trails Coordinator for ETI Corral 54 and Jodie Sailor who operates Stoney Point Ranch.  Jodie has probably given riding lessons to about every child in Chatsworth at one time or another. 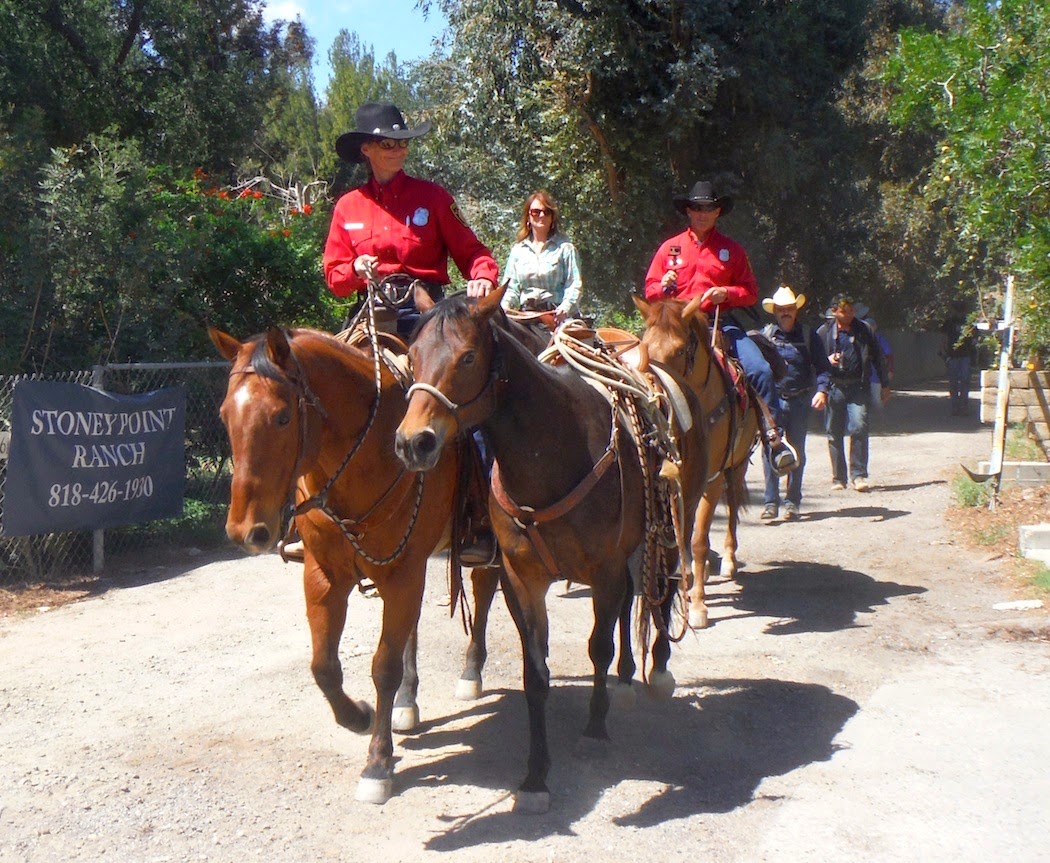 The City of Los Angeles Fire Department even showed up with a rescue horse -- just in case. 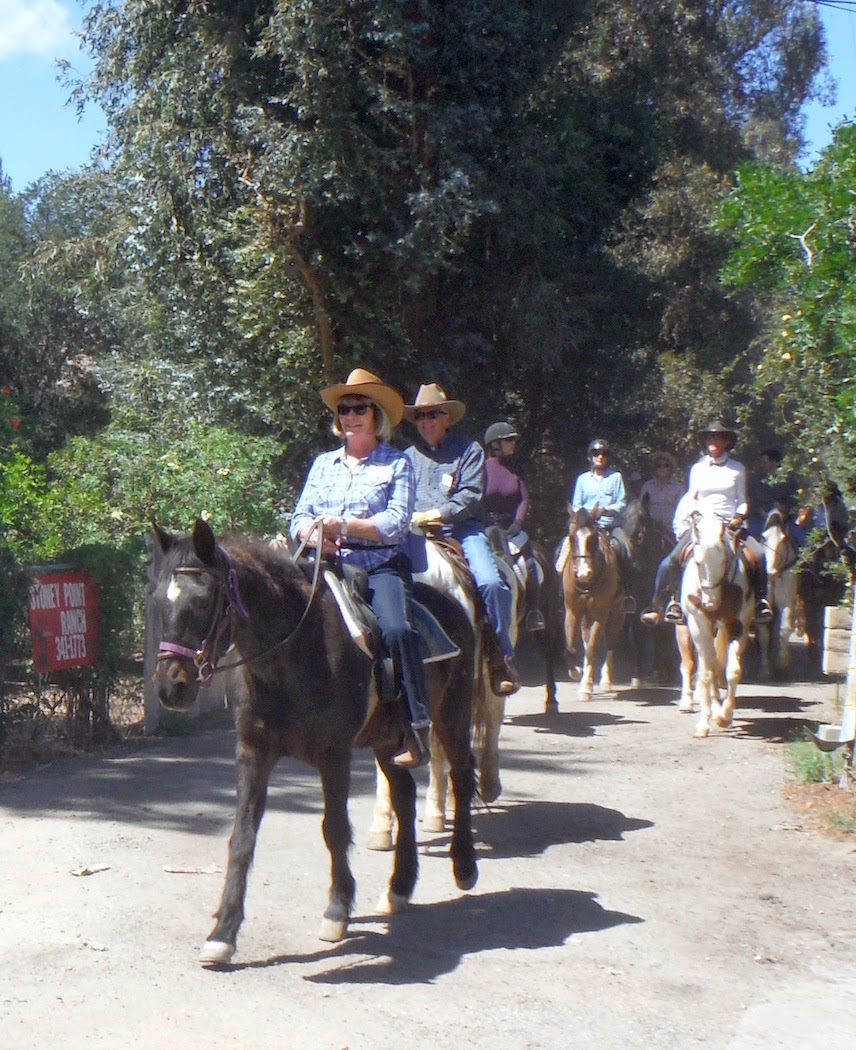 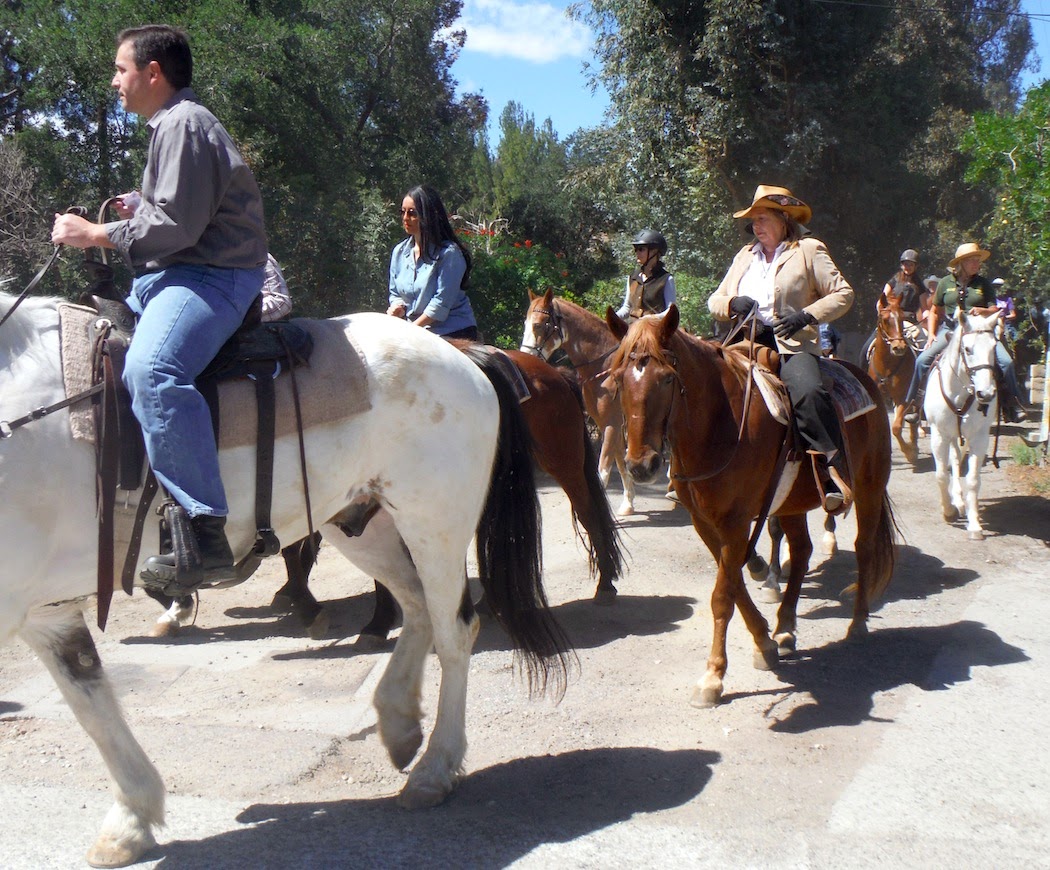 Long time supporters of housekeeping -- like Mary Benson above -- and maybe as many as one hundred other valley equestrians turned out for the ride.

Yours truly played photographer while nursing an injured wing… remember my cross country skiing mis-adventure a couple weeks back.  :-)

Posted by Drifting Cowboy at 3:11 PM