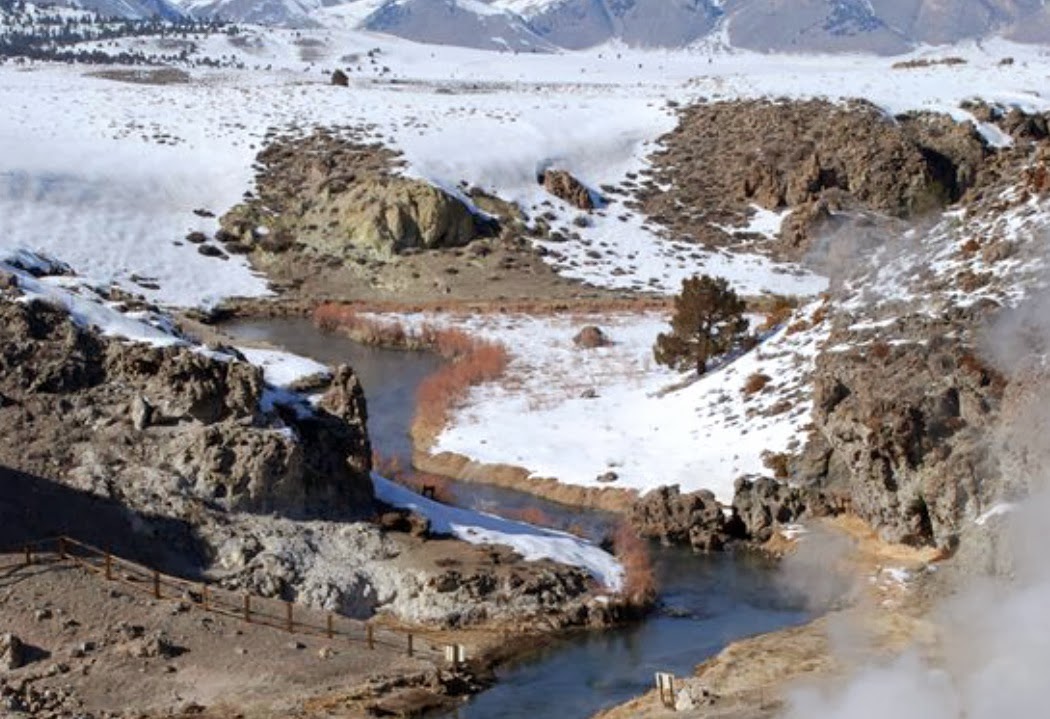 In the late 1970s I rarely played hooky from work, but reports of fresh powder snow at Mammoth Lakes, California was all the lure I needed to pack my cross country skis and head north.

At the last minute unpredictable weather caused the tour to be cancelled.  When I woke up -- the next morning -- to partly cloudy blue skies I checked to see if the tour was rescheduled.  It wasn't, so I decided to go it alone.

I headed out of town, South on 395, to the airport turnoff and followed signs to Hot Creek Hatchery Road.   From there I turned onto Hot Creek Road.  It was not plowed -- so I parked my car allowing plenty of room for other cars to pass.

At this point I had a 3 mile solo cross country ski into Hot Creek.  The terrain is relatively flat, and since I had been to Hot Creek a couple years earlier at the end of a deer hunting trip I had a pretty good idea where to go.  I admit it was a bit eerie skiing those 3 miles alone.

You can imagine my surprise when I arrived at the thermal area a found a group of bathers that were already enjoying the benefits of the natural hot tub. 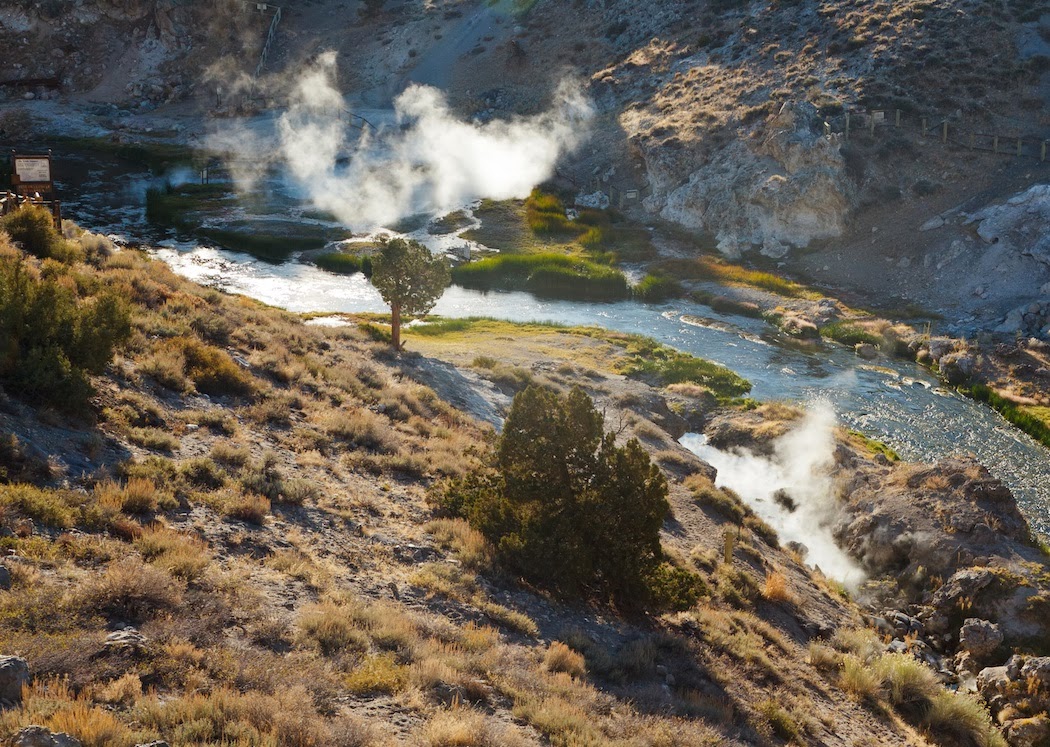 According to the US Forest Service -- Hot Creek is a place to marvel at geology in action.  Boiling water bubbling up from the creek bed, fumaroles and periodic geyser eruptions at Hot Creek attest to the chamber of hot magma which lies about three miles below the surface of the earth in this area.

The steam seen along the Hot Creek drainage is created when water percolates deep into the ground and enters a complex underground plumbing system.  The water is heated and pressurized before it rises to the earth's surface.  It is believed this journey takes around 1000 years.

Earthquakes can cause sudden geyser eruptions and overnight appearances of new hot springs at Hot Creek.

Water temperatures can change rapidly, so entering the water is prohibited nowadays.