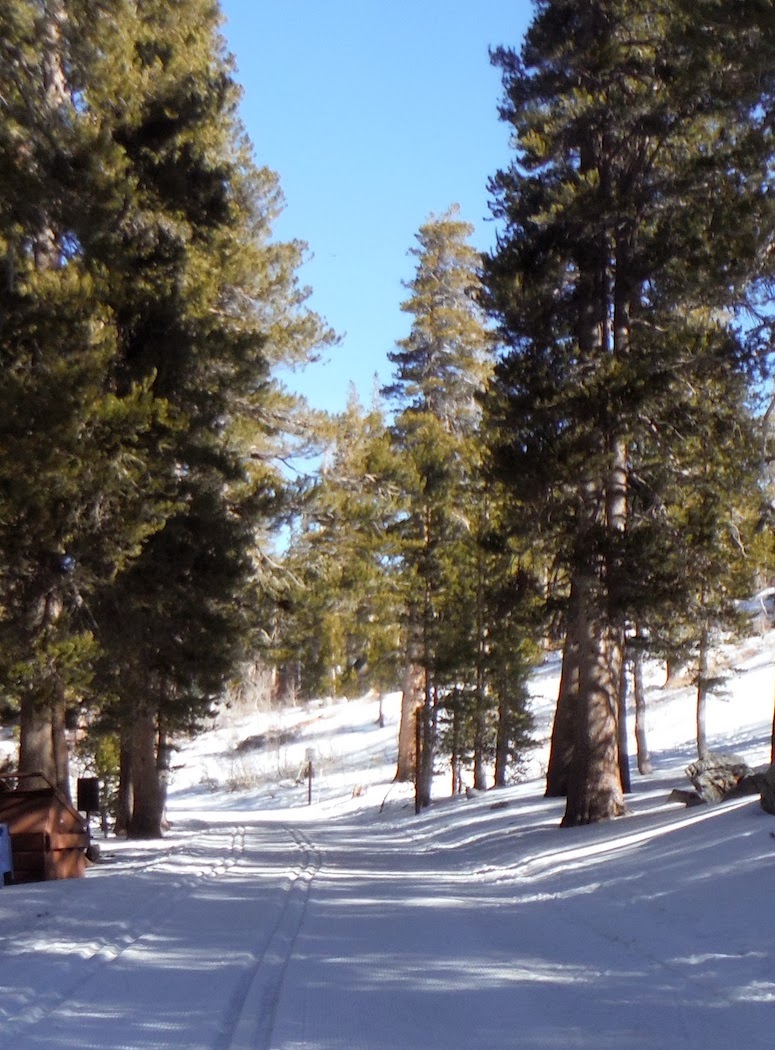 When I first learned to cross country ski back in the 1970s there were darn few groomed trails.  I do recall a couple of ski areas that had a trail created by snowmobile tracks, but most of the time we just followed forestry roads making our own trail as we went.

Back then a few more adventurous folks bought shorter, wider skies with steel edges like the Fischer Europa 99 for backcountry touring and winter camping.

Last month -- when I decided to go cross country skiing -- after a 25-year hiatus -- I encountered my first groomed trail with machine made tracks at Tamarack Lodge (above) in Mammoth Lakes, California.  Admittedly skiing in grooves made the kick and glide of nordic skiing a little more effortless, but at 71 years-old I sometimes need to go a little slower than the crowd, and I'd always rather be where there are even fewer people.

I started researching new nordic normal cross country ski options and encountered Fischer Sport's advertisement for 'Nordic Offtrack Cruising'… "An outdoor trend is causing a sensation among winter enthusiasts: getting out without losing any time and simply savoring the winter experience from your very own doorstep.  Fischer identified this trend early on and with its Offtrack series now enables you to enjoy all the fun in every terrain.  Because freedom knows no compromises: leave the signs and trails behind you and make your own tracks even with just 8 to 10 cm of snow.  Because winter is too short to wait any longer for the season to start" they claim.

I admit the video really appealed to me -- that's just the speed I want to travel -- I thought to myself.

Over the years I've owned several pair of Fischer skis and have never had a complaint, so when I started to search for a pair of "Offtrack Cruising Skis" I started with Fischer.  It didn't take long to find the perfect match for me…

The Adventure 60 (formerly the Adventure Crown) comes with superior gliding Premium Crown that utilizes the tenacious gripping double crown in the center and the better gliding single crown on both ends of the waxless pattern.

The Adventure 60 also comes with the NIS binding plate. The dimensions of the NoWax Adventure 60 make it the perfect ski for both in and out of track.

The traditional 10 mm of sidecut from tip to waist help this ski initiate turns, and the 60 mm tip gives plenty of flotation and stability when breaking your own trail yet fits nicely in a set track.

The wood core air channeled construction keeps this ski fairly light and extremely durable.  Cap Construction protects the graphics.  The Premium Crown waxless base offers outstanding grip in all but icy conditions along with superior glide.  The sintered Sintec base has 3.5% graphite for better glide.  The mid-length sizing makes climbing and turning easier.

This ski is sold according to the skier's weight not height -- I use a 189cm ski length -- so I have 6 inches less ski to deal with in tight places. 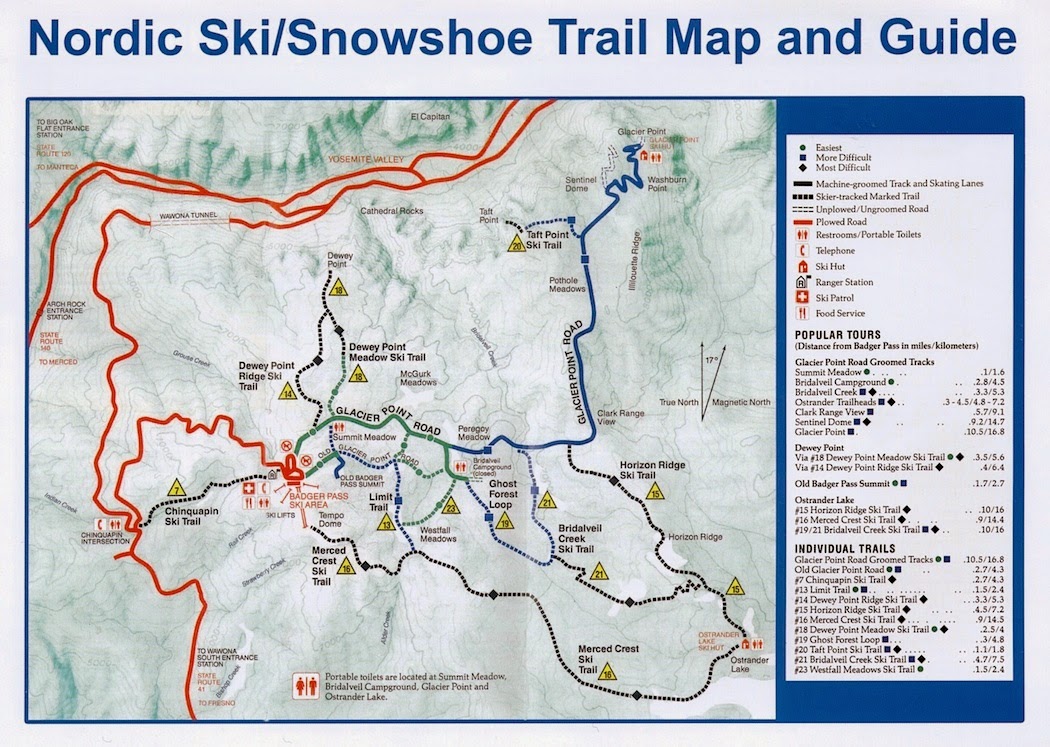 Now that I've got my new Fischer Adventure 60s from Akers and I'm off to do some 'Nordic Offtrack Cruising' in Yosemite National Park.

Happy off-track cruising
Posted by Drifting Cowboy at 11:16 AM