Meanwhile back at the ranch -- Lash's archway (Indian Hills) 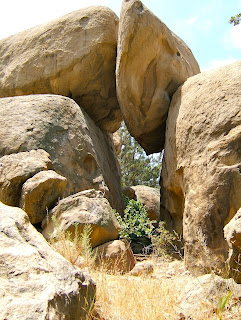 Movie historians have dubbed the above formation as Lash's Archway because it seemed to be a favorite filming feature for Lash LaRue and Producers Releasing Corporation (PRC).  It can be seen in PRC's Dead Man's Gold (1948), King of the Bullwhip (1950) and others.  The archway is located on the east side of the recreation complex in the Indian Hills Mobile Home Village on Topanga Canyon Boulevard in Chatsworth. 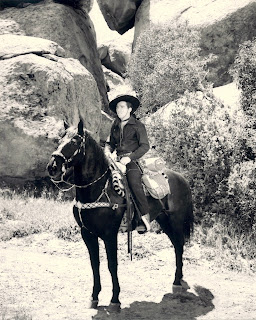 Lash LaRue and Black Diamond (his horse) pose in this publicity still (above) for King of the Bullwhip (1950). 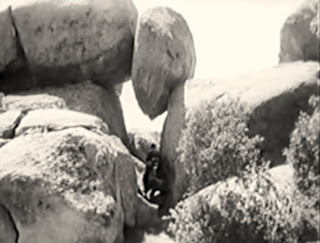 In this screenshot (above) from Dead Man's Gold (1948) we see Lash riding from west to east through the archway. 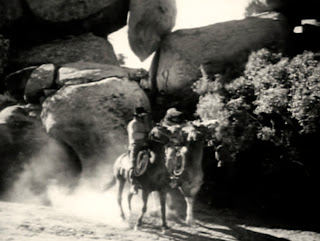 In Columbia's serial White Eagle (1941) (starring Buck Jones) the bad guys used the archway for the entry to their hideout.  Access to it was cleverly disguised and hidden behind a brush covered gate.