Meanwhile back at the ranch -- Mushroom Rock 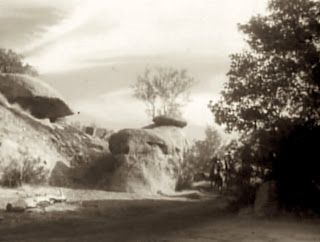 Mushroom Rock (above center -- from "The Lone Ranger TV Show") no longer can be found in the Indian Hills area. It may have been demolished when the mobile home village was built, or it may just be buried in thick shrubbery next to a maintenance road in the mobile home village.  If remnants are still there they will be under the brush on the east side of the service road to the east of the recreation area in the Indian Hills Mobile Home Village.

At one time the saucer-shaped rock formation showed up in many of the chase scenes filmed on the lower Iverson Ranch.

One of the main chase roads that led down to the Indian Hills plain below ran along the west side of Mushroom Rock, and a narrower path (photo below -- from "The Lone Ranger TV Show") ran along the opposite side.  Mushroom Rock was anchored by a small tree, as seen in the following screenshots. 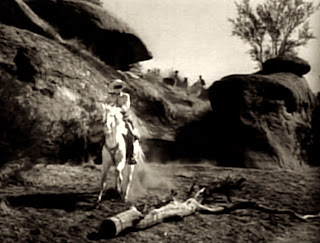 Mushroom Rock can be seen in the following movies: 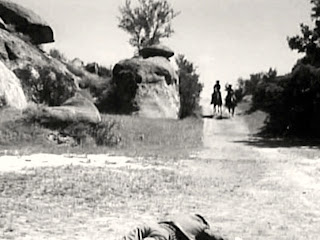 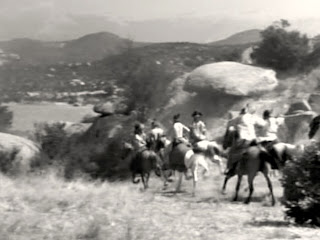 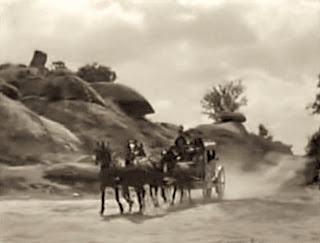 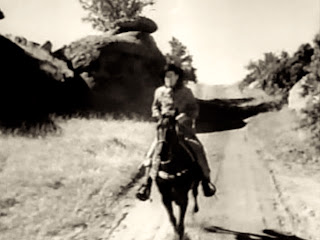 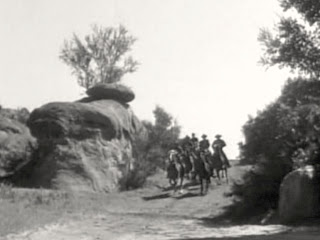 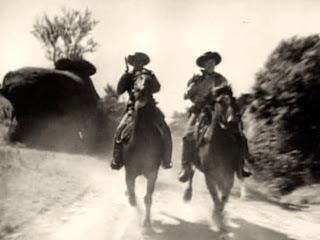