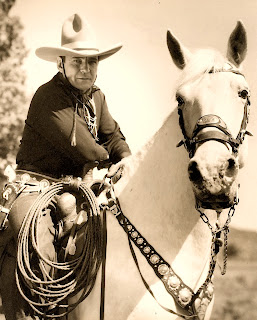 Buck Jones (1891-1942) was a major B-Western star who made more than 170 movies between the 1913 and 1942.  He died from injuries received in the Cocoanut Grove nightclub fire in Boston on November 28, 1942 (nearly 500 people perished in the fire).
While Buck only appeared in a handful of movies lensed on the Iverson and Brandeis Ranches, however two of his serials--Riders of Death Valley and White Eagle (both 1941)--capture some of the best landscape scenes ever filmed in Chatsworth.


Buck's rugged good looks, athletic prowess and winning smile made him one of my favorite six-gun heroes.  Toward the end of his career he teamed up with Tim McCoy and Raymond Hatton; the trio became known as the "Rough Riders."  Together they made 8 Films released between 1941 and 1942.  I think they were some of the best B-Westerns ever produced.
Buck's famous horse Silver (above) appeared with him throughout the 1930s until 1942 when Buck passed on.
Buck Jones Santa Susana locations filmography:
Below the Border (1942) - Buck Jones, Tim McCoy, Ray Hatton (Iverson) Monogram
Branded (1931) - Buck Jones - Columbia 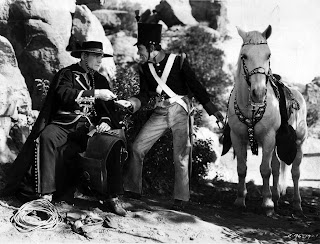 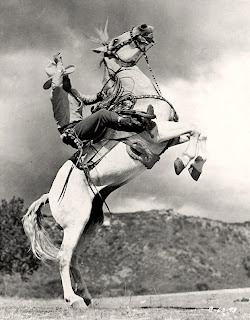 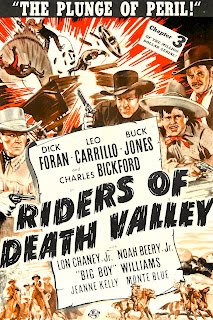 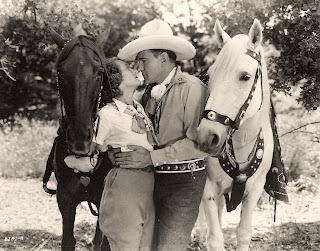 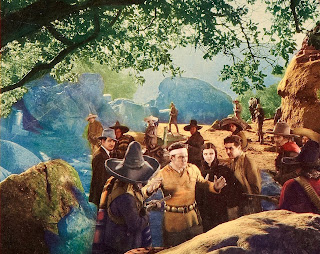 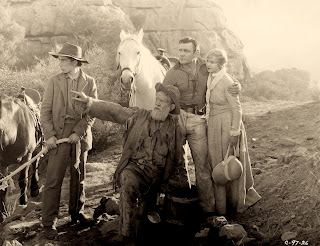 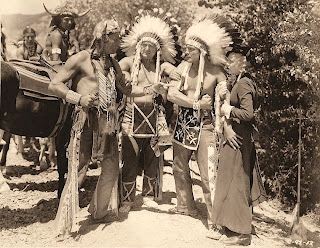