Meanwhile back at the ranch -- Boots Rock 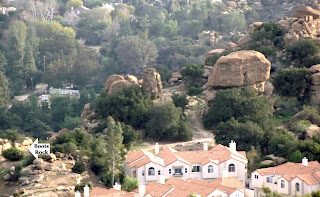 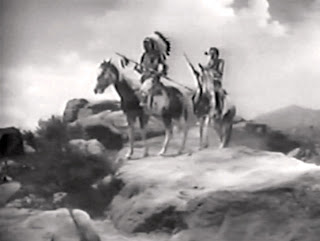 In the movie there's a scene where the Indians are spying on Errol Flynn's cavalry troop below them (screenshot above) from They Died with Their Boots On (1941) starring  Errol Flynn (Iverson Ranch) Warner Bros. 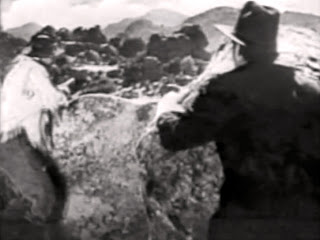 Above is a movie still with Boots Rock in background as seen in Come On, Leathernecks! (1938) starring Richard Cromwell, Marsha Hunt, Edward Brophy (Iverson Ranch) Republic. 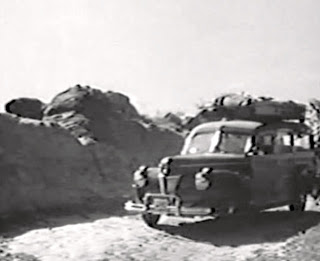 The screenshot above is another look at Boots Rock as it appeared in The Perils of Nyoka (1942) starring Kay Aldridge, Clayton Moore and Lorna Gray (Iverson Ranch) Republic 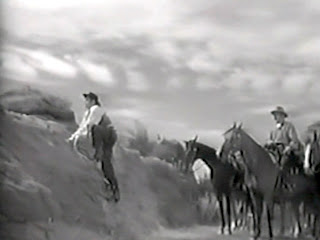 The screenshot above is yet another look at Boots Rock as it appeared in Go West, Young Lady (1941) - Penny Singleton, Glenn Ford and Ann Miller (Iverson Ranch) Columbia.  Apparently they had built a ramp for the Indians to ride to the top of Boots Rock in They Died with Their Boots On. 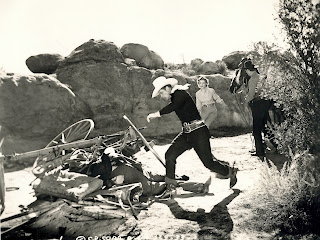 The movie still above (from an unknown Durango Kid movie) shows Boots Rock behind the action with Charles Starrett.