Meanwhile back at the ranch -- Indian Hills Grove

Immediately south of today's Indian Hills Mobile Home Village (on a contiguous piece of private property) is the Indian Hills Grove.  During the active filming days on the Iverson Ranch the grove area was often used as a chase road. 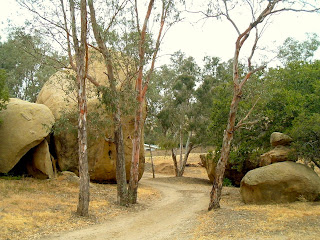 The area was an interesting mixture of trees and unique large boulders that secluded a stagecoach relay station and a stone cabin that were used as outlaw haunts and the location of many shoot-outs. 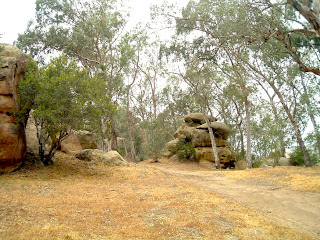 Some of the rocks were ideal for a good ol' outlaw ambush scene.  One such ambush is foiled in a superb scene from The Trusted Outlaw (1937) when Bob Steele spots the ambusher taking position and turns the tables on him.  You'll have to watch it to see for yourself--no spoilers here. 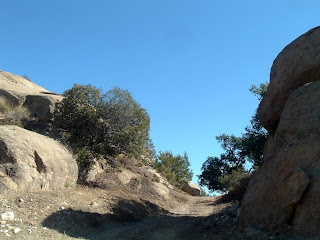 To the south and west of the grove were a connected series of chase roads with their own unique landscape features that I'll discuss in a future post.

A few films in which you'll see the Indian Hills Grove utilized as a chase road include: 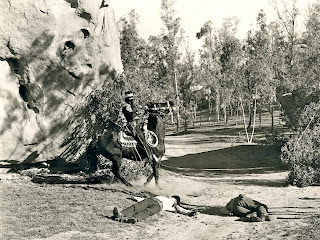 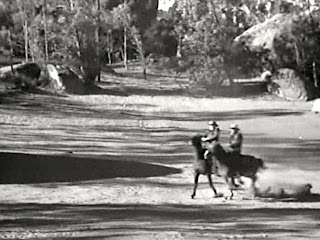 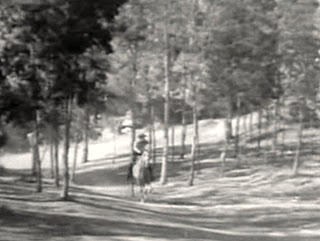 The Trusted Outlaw (1937) starring Bob Steele (Brandeis & Iverson Ranch) Republic.  Above we get a good look at Pear Rock on the right and Flat Rock on the left of the riders. 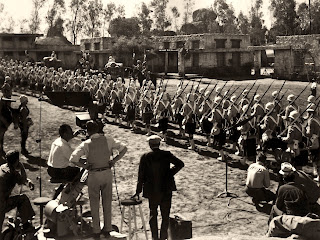 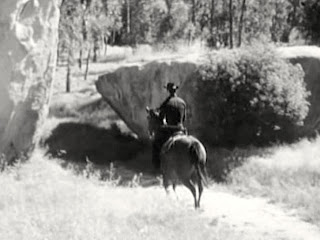 Posted by Drifting Cowboy at 1:46 PM