Meanwhile back at the ranch -- Sheep Flats (Stacked Rocks) 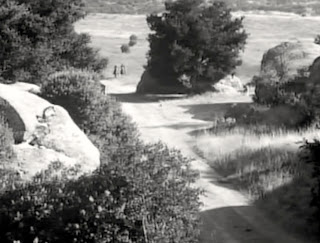 From the earliest filming days on the Iverson Ranch (until the Ronald Reagan Freeway began construction in the mid 1960s) there existed an open grassy plain known as Sheep Flats (screenshot above from The Phantom Rider (1946). 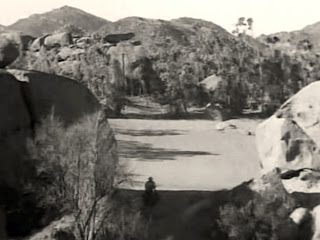 Sheep Flats was often seen is chase scenes.  There were two trails that led from Sheep Flats into the cave rocks area to the south.  One trail passed by Mushroom Rock, the other led into the pass between Hook Rock and Split Rock as seen in the screenshot above from The Trusted Outlaw (1937) starring Bob Steele. 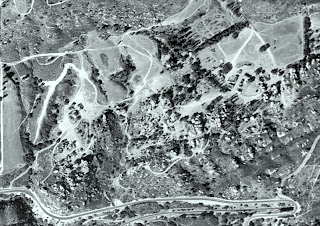 Sheep Flats was just north of the Iverson Western street (upper right corner above) (after 1945), and is under the 118 freeway and the Indian Hills Mobile Home Village today. 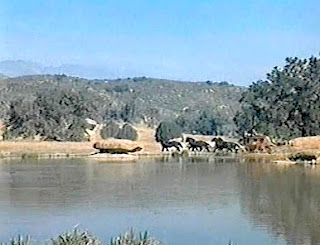 The Iversons had the ability to flood the area, so it sometimes appeared as a shallow pond (as in the screenshot above from an episode of "The Virginian TV Show").

Stacked Rocks--a unique pair of saucer shaped rocks--stacked one on top of the other (just left center in the screenshot above) show up in many scenes.  Sometimes they are in the pond, and sometimes they are on dry land.

A few of the many movies with Sheep Flats or Stacked Rocks include: 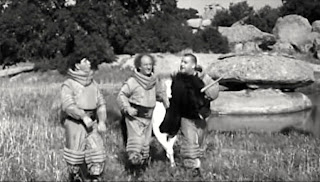 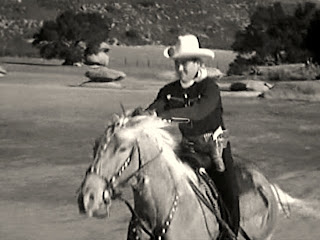 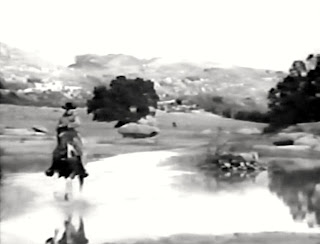 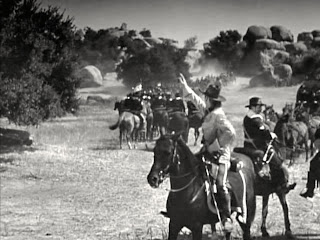 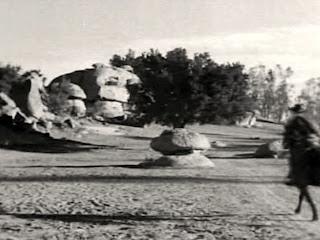 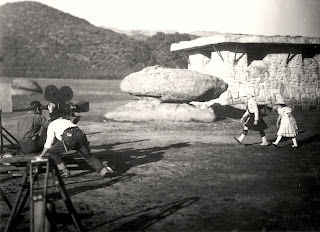