Colonel Tim McCoy (1891 – 1978) was a B-Western cowboy star, military officer, and expert on Native American manners and customs.  As a youngster he left his Michigan home and found work on a Wyoming ranch.  There he became an expert horseman and roper.  While in Wyoming he studied the area's Indian tribes and became an expert in their customs and manners.  The Arapahoe tribe (of the Wind River reservation) named him "High Eagle".

During World War I and World War II he was a decorated soldier, rising to the rank of Colonel with the Army Air Corps. He also served the state of Wyoming as its Adjutant General.

During 1936, he left Hollywood to tour with the Ringling Brothers Circus, and his own "wild west" show.

Throughout the 1930s he starred in low-budget Westerns produced Maurice Conn (Ambassador Pictures) and Sam Katzman (Victory and Puritan Pictures) who engaged him with a salary of $4000 weekly, to make eight films a year.

In 1941 Buck Jones recruited McCoy to co-star in "The Rough Riders" series, along with Raymond Hatton. The eight Rough Riders films (released by Monogram Pictures) were extremely popular and help stay his waning career.

In 1952, McCoy hosted the "The Tim McCoy TV Show" on KTLA in Los Angeles.  His sometimes co-host was the actor Iron Eyes Cody. 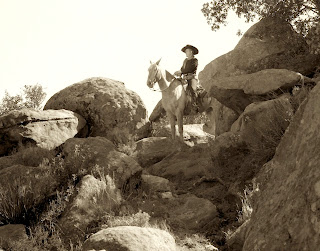 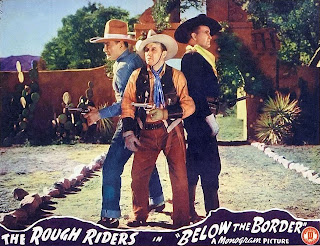 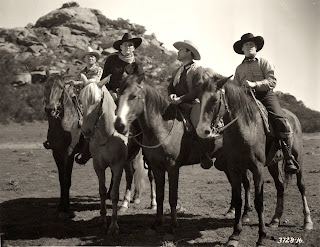 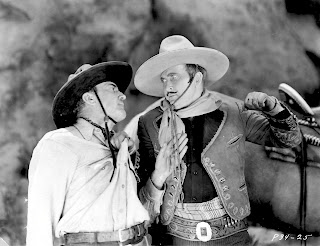 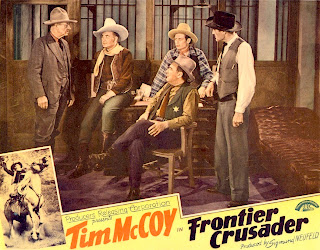 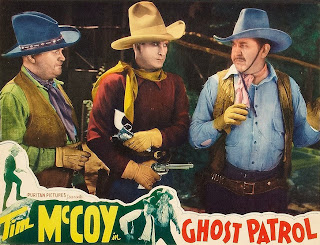 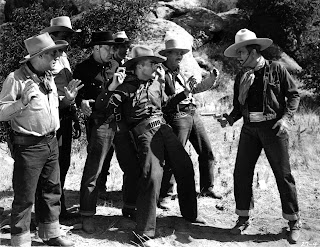 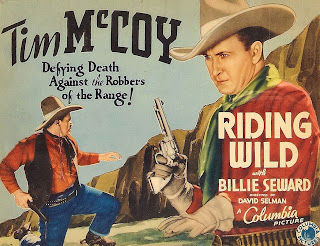 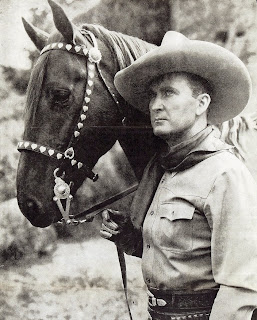 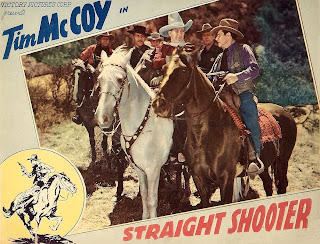 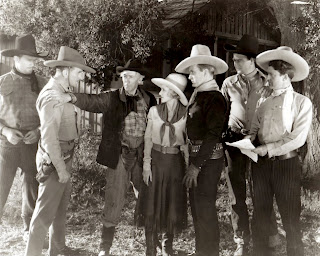 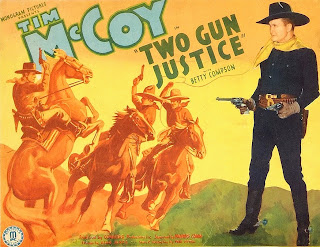 Posted by Drifting Cowboy at 8:04 AM