The Gallant Legion (1948) was Directed by Joe Kane and stars Bill Elliott, Adrian Booth (aka Lorna Gray) and Joseph Schildkraut

This is a top-notch Republic Pictures Western with plenty of fast paced action.  It was filmed on Chatsworth's Iverson Ranch.

The tale -- partly historically accurate -- follows Texas Ranger Gary Conway (Bill Elliott), who sets out to stop a crooked politician and his cronies from breaking up the Lone Star State into sections and setting up their own fiefdoms. 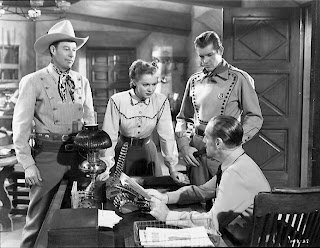 Along the way Connie Faulkner (Adrian Booth) -- a newswoman --  joins Gary Conway, and helps expose the crooked politicians when they try to disband the Rangers. 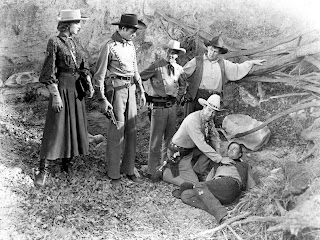 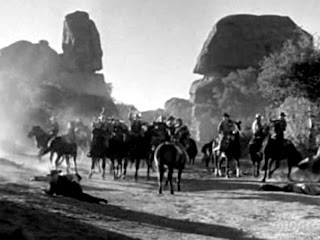 Excellent cinematography by Jack Marta shows us the lower Iverson Ranch and in particular the Garden of the Gods as they were seldom seen.  See my YouTube clip at http://www.youtube.com/watch?v=Kyjo_tq_YkM&feature=youtube_gdata_player

This is one of my favorite Wild Bill Elliott oaters, and I know you won't be disappointed.