Best Chatsworth Movies -- The Lives of a Bengal Lancer

On the Northwest Frontier of India, the 41st Bengal Lancers commanded by a stern Colonel Tom Stone (Guy Standing) are defending the borders of India against an Afridi armed force led the rebellious Mohammed Khan (Douglass Dumbrille). 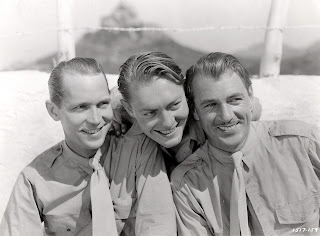 Colonel Stone's reception to his son is unemotional and cold with the intention of showing he will not have any privilege in the troop.

The storyline follows the three as they struggle against invaders and themselves.

When Lieutenant Stone is kidnapped by Mohammed Khan, McGregor and Forsythe disobey direct orders of Colonel Tom Stone, disguise as Indian peddlers and go to Khan's fortress to attempt to rescue their friend.  Unfortunately, they are caught as well.

When Mohammed Khan tortures his prisoners to extract vital information about an ammunition caravan young Lt. Stone succumbs to the pain and reveals what he knows.  As a result, the ammunition is captured 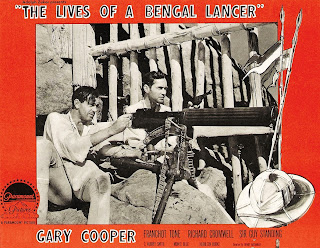 The captives escape as the outmatched Bengal Lancers deploy to assault Khan's fortress.  They manage to destroy the ammunition and Stone redeems himself by killing Khan, ensuring victory. 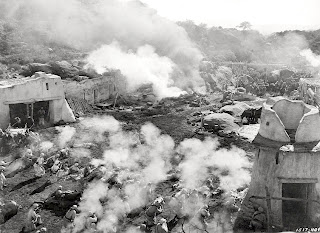 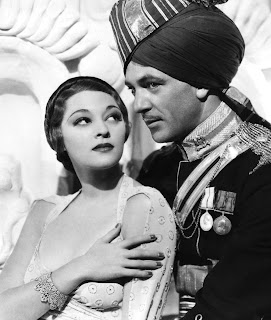 This film is a real treat for Iverson Movie Ranch researchers.  It features some extraordinary footage filmed at 'the Wall' and in the Iverson Gorge on the lower ranch.

The film is absolutely riveting with an explosive climax near the end.  I hardily recommend watching it. 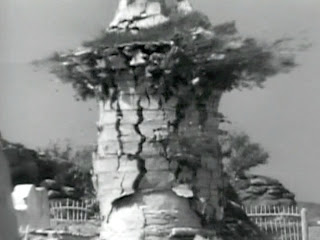 Posted by Drifting Cowboy at 12:44 PM