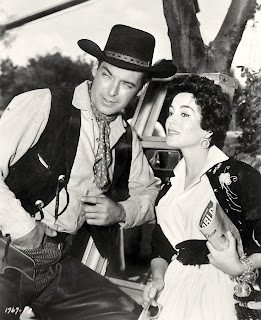 Rory Calhoun (1922-1999) was an American B-Western cowboy star and television actor, screenwriter and producer.  After a rough start as a teenager that ended with a sentence in San Quentin for armed robbery and other federal charges.  He was eventually paroled shortly before his twenty-first birthday.  In 1943, while horseback riding in the hollywood Hills, he met Alan Ladd -- whose wife was a talent agent.  Through an introduction from Carol Ladd he was signed by David O. Selznick.

During the 1950s he made several successful Westerns.  He moved on to television in the late 1950s, and in 1958 he co-produced and starred in "The Texan" a CBS Western series.  He continued to work in television throughout the 1970s and 1980s.  (photo above is Rory Calhoun with [then] wife Lita Baron on the set of  Four Guns to the Border (1954) at the Iverson Ranch) 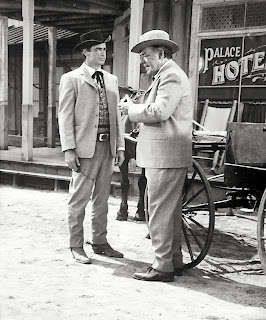 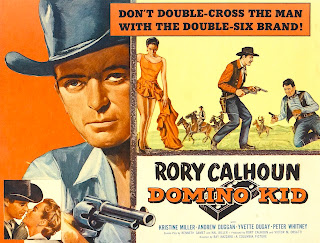 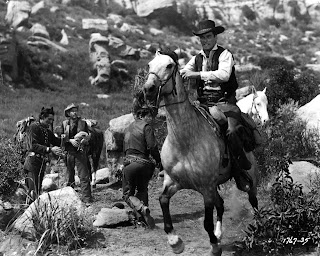 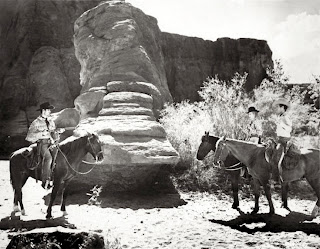 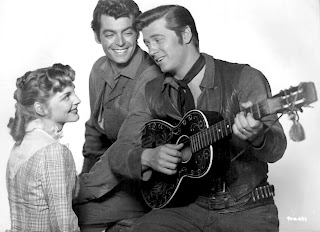 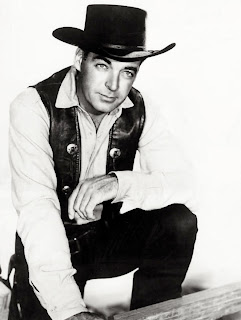