Meanwhile back at the ranch -- Bulldog Bluff

Have you ever noticed that the ground they land on in bulldogging scenes is usually soft sand?  And,  did you notice you can't see your hero's face until they've rolled to a stop?  This dangerous work was reserved for the second unit.

The Iverson Ranch had the perfect place to capture the bad guys… Bulldog Bluff.  It was a sandy slope on the west side of an north-south trail that ran between Zorro's Cave and Bill Rock.  The cave never showed up in bulldog scenes, but Bill Rock (center of photo above) often showed up in the scene. 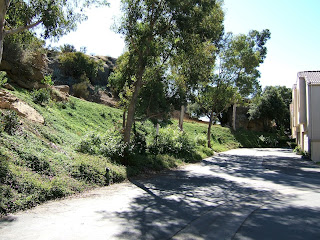 Today Bulldog Bluff and its anchor Bill Rock are located at the extreme east end of the Cal-West Townhomes (private property) off Sun Ranch Court, in Chatsworth.  The bluff is a landscaped slope (photo above) that has trees planted on it, and its companion Bill Rock (on neighboring property) is mostly hidden behind a block wall (photo below). 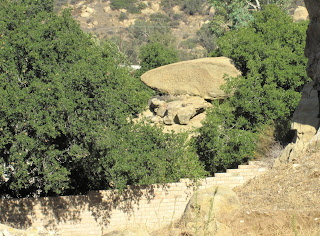 Looking at Bulldog Bluff or Bill Rock in film: 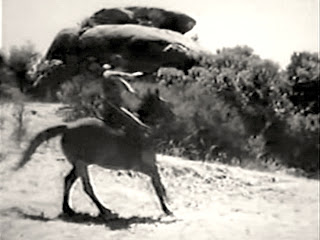 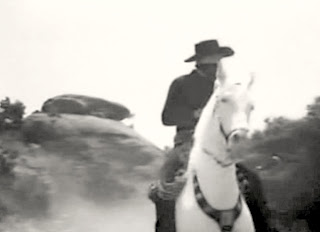 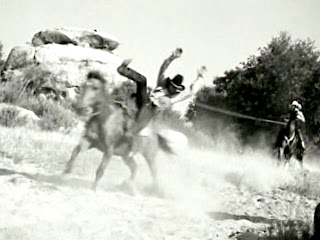 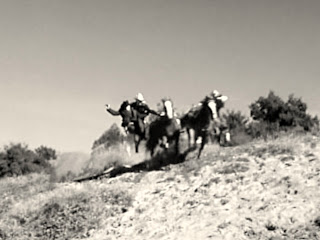 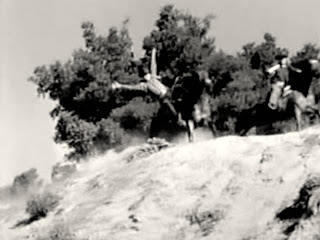 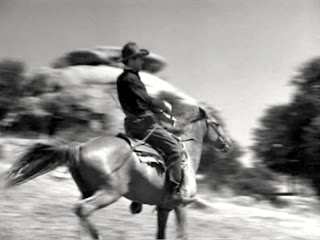