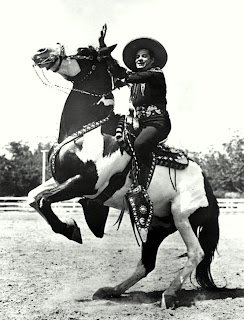 Duncan Renaldo (1904–1980) was an American actor who was best known for playing the television role of the Cisco Kid between 1950 and 1956.  (Duncan played the title role, The Cisco Kid, and Leo Carrillo played his jovial sidekick, Poncho.  Cisco and Pancho played desperados, wanted for unspecified crimes, but were actually seen as Robin Hood figures who assisted the downtrodden when law enforcement officers proved corrupt or unwilling to help).  If you were one of the lucky few with a color television you could see it in color. 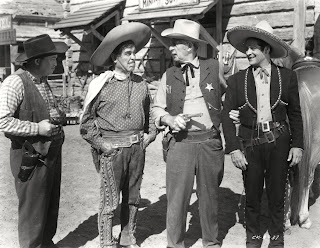 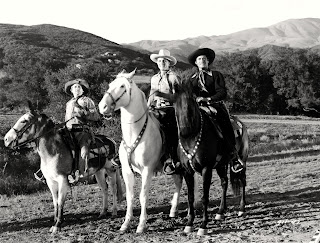 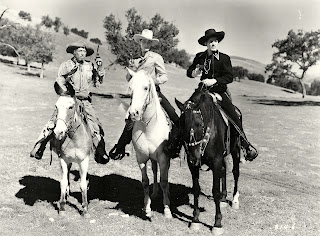 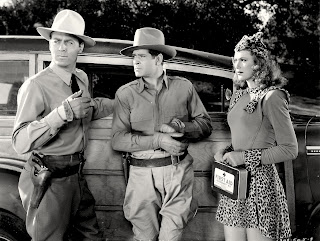 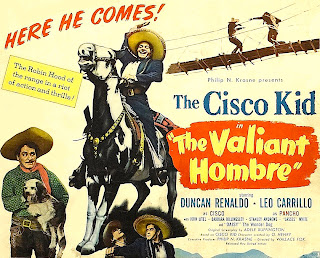 
Posted by Drifting Cowboy at 7:06 AM