Meanwhile back at the ranch -- Nyoka Summit

Meanwhile back at the ranch is a continuing series about "rock stars" (landscape features) on the old Iverson Movie Location Ranch in Chatsworth, California.  For more information about the Iverson Movie Ranch see: http://a-drifting-cowboy.blogspot.com/2011/10/iverson-movie-location-ranch-chatsworth.html 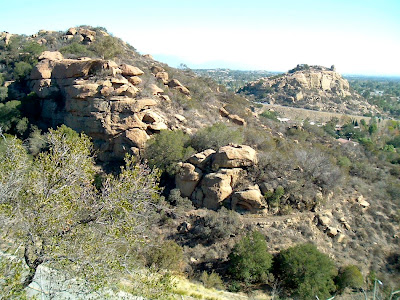 In an earlier post I described Nyoka Cliff (top left above) which was an often seen as a background in the movies.  Nyoka Cliff is just east of Redmesa Road, and a couple hundred yards north of Santa Susana Pass Road in Chatsworth, California.  It lies within the Garden of the Gods park (the only remaining portion of the Iverson Movie Ranch with public access). 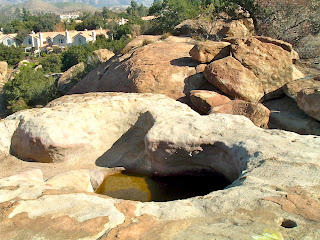 If you actually take the time to climb to the top of Nyoka Summit you'll be in for a wonderful surprise.  The views to the north, south, and west are extraordinary.  There is a natural bathtub as seen in the photo above.  And, you'll immediately become aware why the movies used it for dramatic fight scenes.

Nyoka Summit is featured in the following movies: 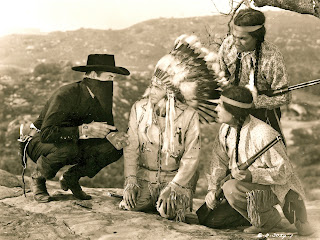 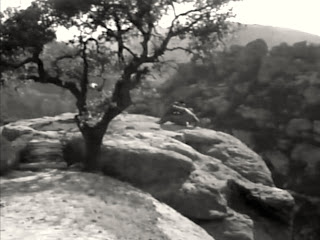 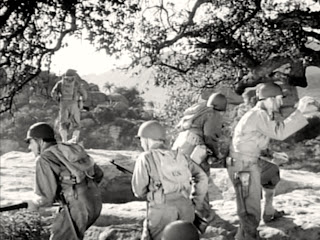 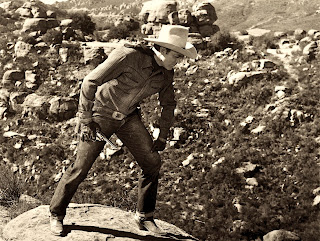 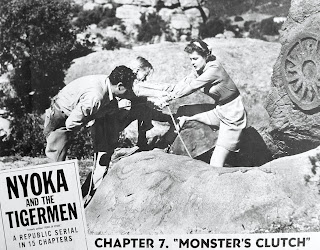 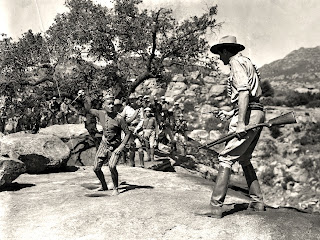 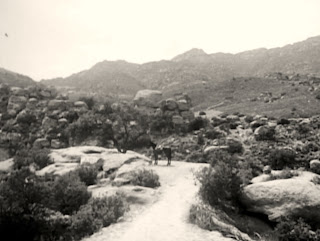 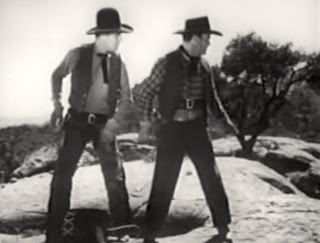 I'm sure I've overlooked many more movies, but these are the few that I've recorded.

Posted by Drifting Cowboy at 7:52 AM