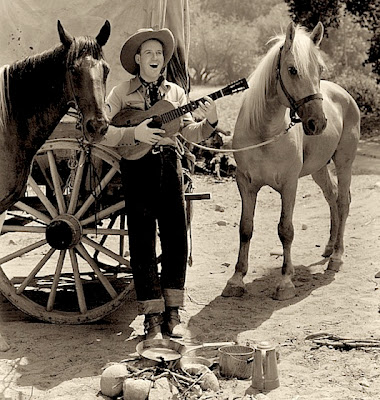 Dick Foran (1910-1979) was an American actor, who was best known for his performances in western musicals, but played supporting roles in many dramatic pictures as well (photo above Dick Foran with Smoke).

Warner Brothers hired him as a supporting actor who could croon a tune when needed, but his good looks and winning personality made him a natural choice for the supporting cast.  His first starring role was in the Western Treachery Rides the Range (1936) which was Warner Brothers answer to Gene Autry.  In the westerns that followed, he was always billed as a 'Singing Cowboy'.

Dick was a fine singer, and a splendid horseman; his horse 'Smoke' was a beautiful palomino, which makes me wonder if young Roy Rogers did pattern himself after Foran. 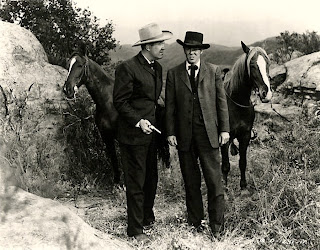 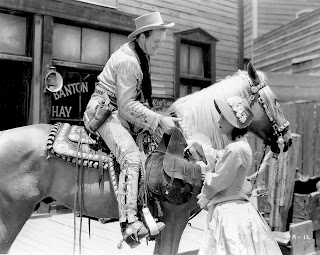 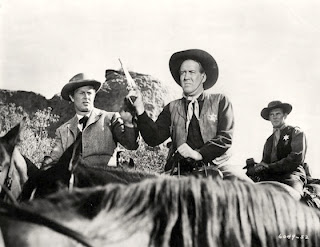 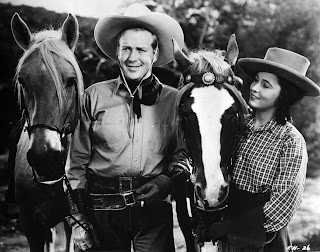 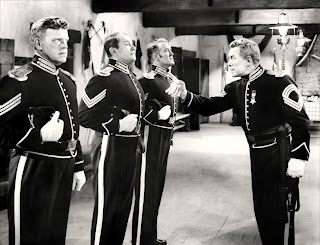 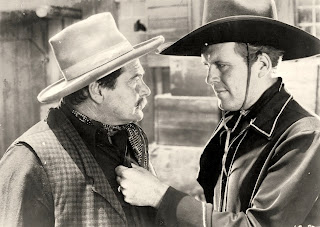 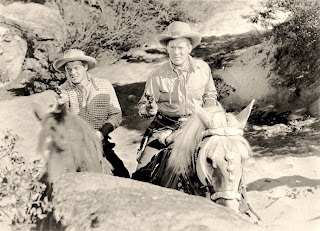 Land Beyond the Law (1937) starring Dick Foran, Linda Perry and Wayne Morris (Iverson Ranch) (right above) Warner Bros.  This is my favorite Foran movie, and gives us a really good look at the Iverson Ranch in the late 1930s. 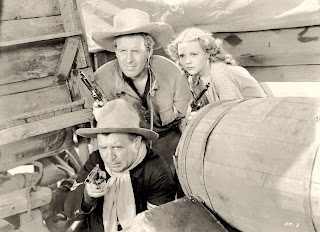 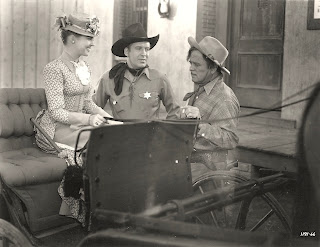 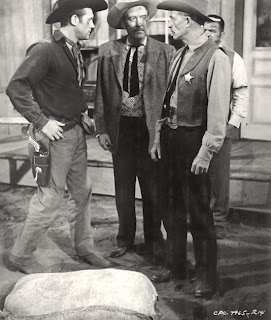 Late in his career he made television appearances in the following shows:

Posted by Drifting Cowboy at 7:53 AM