Meanwhile back at the ranch -- Indian Head Rock 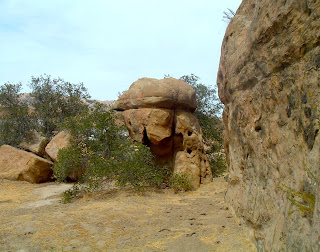 Maybe fifty yards southwest of the Slates--on the same the trail that skirts the rocky ridge on the east side of the upper Iverson Ranch--you'll come to Indian Head Rock.  It's sometimes called wrench rock.  It was one of the most interesting formations on the entire ranch and showed up in dozens of movies.  Don't get it confused with Indianhead in the Garden of the Gods on the lower ranch. 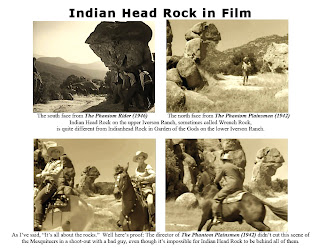 The photo above is a page from my book Rendezvous at Boulder Pass--it has some interesting screenshots from films that used Indian Head as a background feature. 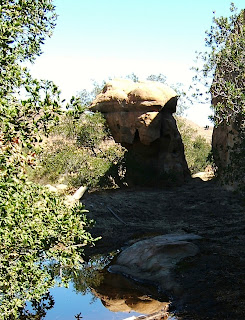 The south side of Indian Head has a natural depression that collects water during the rainy season, so the Iversons helped it along by cementing in a few additional stones. 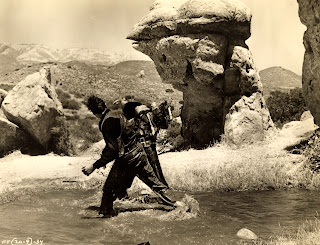 With the aid of a water truck the pool could be filled making it the perfect location for a good old fashioned Western brawl as seen in the still (above) from Five Guns to Tombstone (1961) starring James Brown.

The still above is from a scene in The Kid from Amarillo (1951) starring Charles Starrett and Smiley Burnette.  That's Indian Head behind the cowboy on the right. 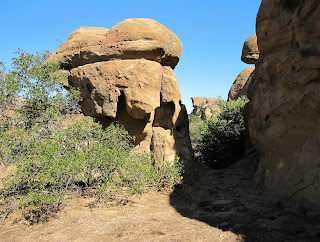 In my 2009, photo above you can see Indian Rock along with part of Totem Rocks (behind it) and Turtle Rocks beyond. 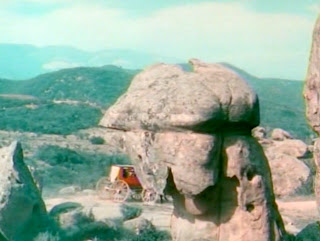 In the screenshot above from The Texan Meets Calamity Jane (1950) (starring Evelyn Ankers and James Ellison) you see Indian Head as it appears when photographed from Lookout Point above it. 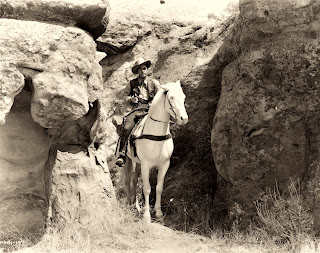 For some reason a few cameramen prefer a more subtle view of Indian Head as you see in the still above from a scene in The Frontier Phantom (1952) starring Lash LaRue. 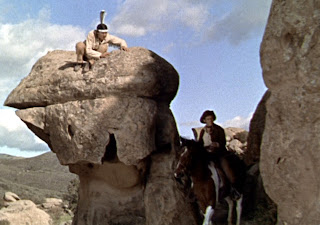 I used the screenshot above in my first book (Reel Cowboys of the Santa Susanas) it's from a scene in Five Guns West (1955) starring John Lund, and it gives you a good idea of the scale of Indian Head Rock. 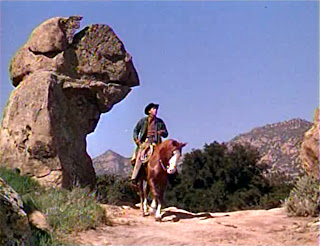