Meanwhile back at the ranch -- Whale Rock 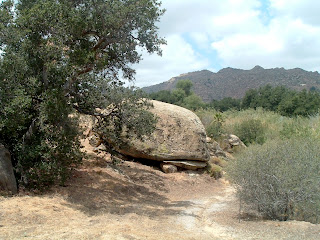 How Whale Rock got its name is obvious.  It really does look like a whale with its mouth open, but as cool as it looks it didn't show up in many movies.  At least not in its whale appearance. 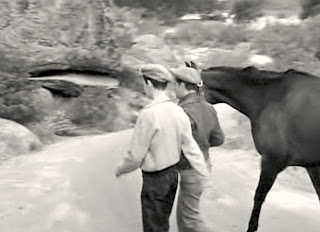 The screenshot above is from a scene in Boots Malone (1952) (starring William Holden, Stanley Clements, Basil Ruysdael), and while it's the only movie I've found in I've been told that it did show up in some TV Westerns. 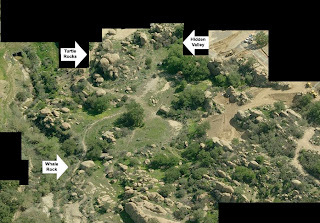 If you are lucky enough to get invited to the upper Iverson Ranch (Indian Falls today) you can find Whale Rock on the edge of a wash about a hundred yards west of Ambush Pass. 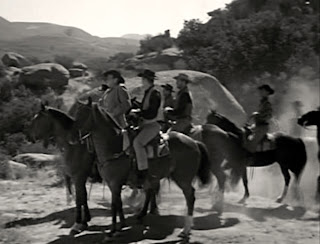 The back side of Whale Rock showed up in dozens of B-Westerns as just another nondescript rock along the trail as seen above in a screenshot from Five Guns to Tombstone (1961).

Posted by Drifting Cowboy at 7:02 AM