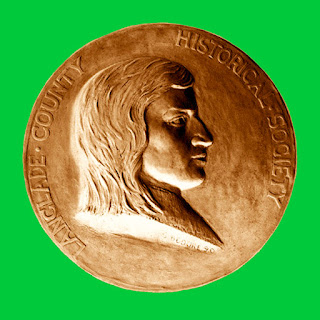 Charles Michel de Langlade http://www.biographi.ca/en/bio.php?id_nbr=2080 (born 9 May 1729 – died after 26 July 1801) (Métis) was a Great Lakes fur trader and war chief who was important to the French in protecting their territory. His mother was Ottawa and his father a French Canadian fur trader.

Fluent in Ottawa and French, Langlade later led First Nations forces in warfare in the region, at various times allied with the French, British and later Americans. Leading French and Indian forces, in 1752 he destroyed Pickawillany, a Miami village and British trading post in present-day Ohio, where the British and French were competing for control. During the subsequent Seven Years' War, he helped defend Fort Duquesne (Pittsburgh) against the British. He was named second in command at Fort Michilimackinac and a captain in the Indian Department of French Canada.

After the defeat of the French in North America, Langlade became allied with the British, who took control of former French possessions and took the lead in the fur trade. During the American Revolutionary War, Langlade led Great Lakes Indians for the British against the rebel colonists and their Indian allies. At the end of the war, he retired to his home in present-day Green Bay, Wisconsin. Due to his having had a trading post at Green Bay since 1745 and later settling there, he is called the "Father of Wisconsin." 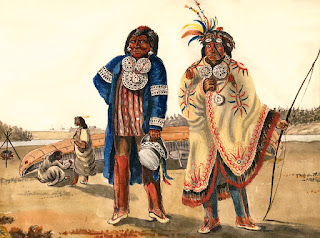 Charles Michel de Langlade's mother was Domitilde (Ottawa) [aka Marie and Domitille].  She was the Ottawa wife of (1st) Daniel Amiot Villeneuve [our 8th great grand uncle]; (2nd), of Augustin Mouet Langlade.  She was the sister of Nissowaquet (Ottawa) http://www.biographi.ca/en/bio/nissowaquet_4E.html.

SEE: Great-Uncle Daniel Amiot Canoes to the Gulf of Mexico