Connecticut to Iowa 1800 - 1845
About 1800, Oliver Bailey (1738 - 1822) (my sixth great grandfather), who had served in both the French Indian and Revolutionary wars, began our family's westward movement.  Oliver and most of his children migrated from Connecticut (where the Bailey family had been established for more than 160 years) to Bradford County, Pennsylvania.  Thomas Bailey (1765 - 1854), Oliver's second eldest son, stayed in Pennsylvania.  Thomas' eldest son Smith Bailey (1789 - 1862)(my fourth great grandfather) moved on to Franklin County, Ohio in 1821. 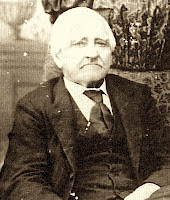 Orange Bailey (1811 - 1905) (photo above), the eldest son of Smith Bailey, (my third great grandfather) was born 1811, in Canton Township, Bradford County, Pennsylvania, but grew up in Ohio.

Orange Bailey (obituary above) married Lydia Waggoner in Ohio, 1832.  In 1845, they migrated and homesteaded in Iowa Territory.  Orange died in 1905.  He is the longest-living Bailey ancestor thus far discovered.  He lived to be 94 years old.  He outlived two wives and several of his twenty children.
Iowa to Nebraska before 1870

David Solomon Bailey served with the 3rd Iowa Cavalry 1864 ( he lost a leg in the battle at Brice's Crossroads).  He moved his family and homesteaded in Elkhorn, Nebraska before 1870 (census record), and died there in 1915.
Nebraska to Idaho 1903 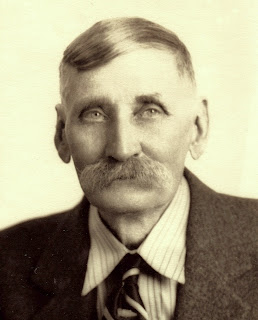 David Jackson Bailey homestead in Liberty Township, Valley County, Nebraska 1884, where he battled the elements farming for nearly twenty years.  Drought, wind, and dust storms finally got the best of him, so he moved his family and homesteaded in Kendrick, Latah County, Idaho in 1903.  He died in Lewiston, Nez Perce County, Idaho in 1949.
Montana to California 1912 - 1935
Frank Jackson Bailey (1886 - 1968), my grandfather, was born in Liberty Township, Valley County, Nebraska in 1886 (in a sod house).  He married and homesteaded in Kalispell, Flathead County, Montana in 1912.  Seeking a better opportunity and wanting to be closer to his parents, he removed to (and homesteaded) in Kendrick, Latah County, Idaho in 1918.  He lost his farm and moved to Los Angeles, California during the Great Depression.  He died in Los Angeles, California, in 1968.  His daughter (my mother) was born in Montana, but all of his descendants for the next several generations have been native Californians.  Frank Jackson Bailey was the last Bailey pioneer completing a 135-year (coast to coast) journey westward.
Posted by Drifting Cowboy at 9:29 AM