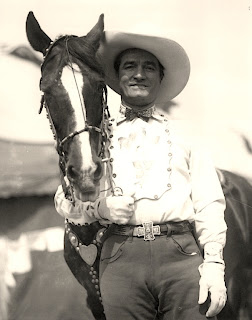 Tom Mix (1880 - 1940) was arguably the greatest cowboy superstar of silent film era--he certainly had a flashier wardrobe.  He made over 300 films between 1910 and 1935.  His horse was also a celebrity, and was billed as "Tony the Wonder Horse."  Mix did most of his own stunts, and suffered many injuries as a result. 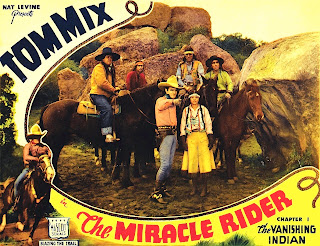 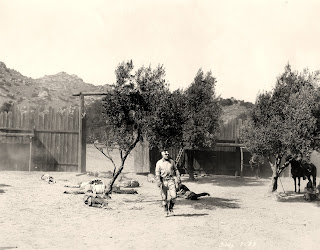 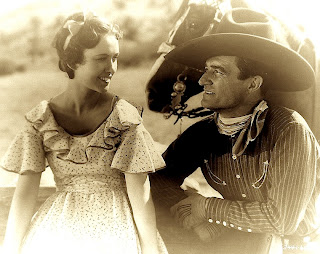 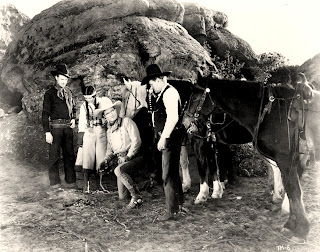 In 1935, Tom Mix was still an A-list star when he made The Miracle Rider (photo above) his last film and his only sound serial.  Tom was paid $10,000.00 a week to make the serial in four weeks of filming.
Posted by Drifting Cowboy at 7:17 AM