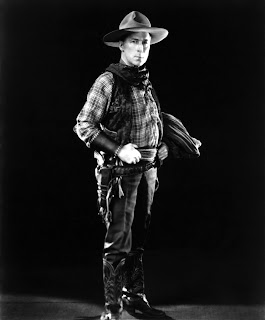 William Surrey Hart (1864 - 1946) was an American silent film actor, screenwriter, director and producer.  He was considered to be one of the first great motion picture cowboy stars. 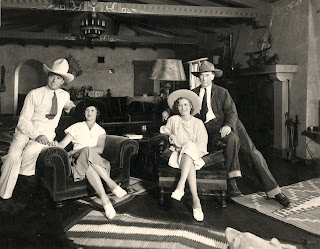 Technically speaking, Hart's ranch home (above), “La Loma de los Vientos” in Newhall, California, is in the Santa Susana Mountains.  The fabulous home built during the 1920s is in the Spanish Colonial Revival architectural style.  Today it's state owned and operated museum which I highly recommend visiting.
One of my favorite early Western scenes is in The Narrow Trail (1917).  See my post: Meanwhile, back at the ranch -- Lone Ranger Rock
http://a-drifting-cowboy.blogspot.com/2011/11/meanwhile-back-at-ranch-lone-ranger.html  then click on the YouTube link at bottom of the post to see the clip.
Bill's Santa Susana Pass locations filmography: 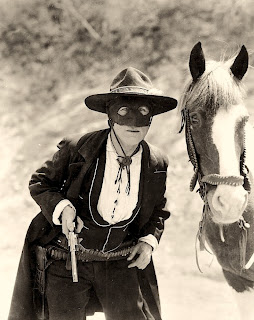 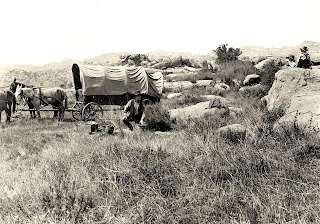 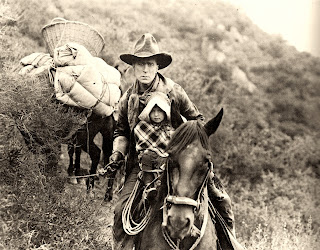 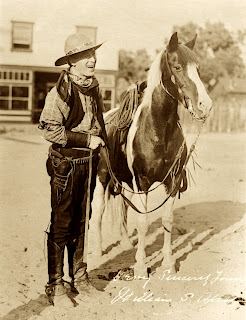 No mention of Bill Hart would be complete without mentioning "Fritz" his beloved pinto horse (above) :-)
Posted by Drifting Cowboy at 8:16 AM