Meanwhile back at the ranch -- Lone Ranger Rock

In an earlier post I told readers about the Iverson movie location ranch in Chatsworth, California.  See http://a-drifting-cowboy.blogspot.com/2011/10/iverson-movie-location-ranch-chatsworth.html 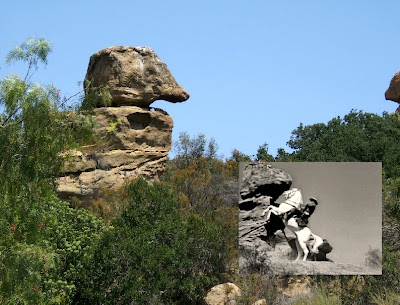 Now I'd like to show you one of the most famous landmarks in movie history.  It's the "Lone Ranger Rock."  If you're old enough, you may remember seeing it in--each and every opening scene--on the Lone Ranger TV Show. 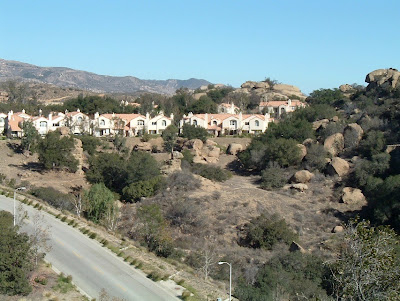 It's still there for all to see in the "Garden of the Gods" State Park (center of the photo above).  It's on the east side of Redmesa Road just north of Santa Susana Pass Road in Chatsworth. 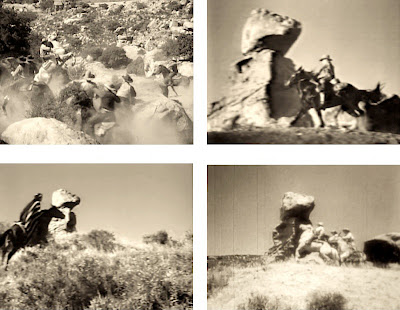 A few of the movies it showed up in are (clockwise from top left) Land Beyond the Law (1937) with Dick Foran;The Oklahoma Kid (1939) with James Cagney; Wall Street Cowboy (1939) with Roy Rogers; and the serial Perils of Nyoka (1942) with Kay Aldridge as Nyoka the Jungle Girl. 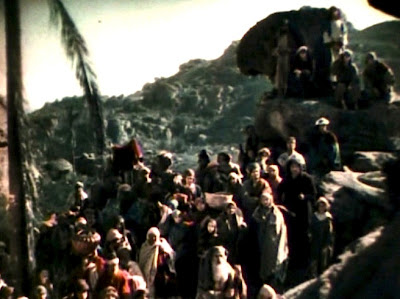 The rock formation was seen in some silent film era movies, including Ben-Hur: A Tale of the Christ (1925).

To learn more about my research, and the books I've written about the Iverson Movie Location Ranch, and other Chatsworth, California filming locations see http://www.cowboyup.com/
Posted by Drifting Cowboy at 3:51 PM