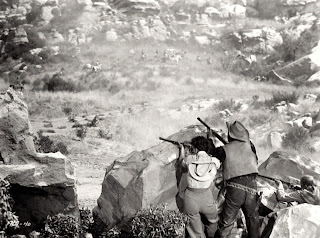 The Bell Location Ranch (photo above Four Guns to the Border) sat high-up on a plateau in the Santa Susanna Mountains overlooking the San Fernando Valley and Chatsworth reservoir.  It was situated just off Box Canyon Road on Studio Road (south of Santa Susana Pass Road) about half way between Chatsworth's Iverson Ranch and Simi Valley's Corriganville.

Supposedly the area had been used for filming since the silent days (I cannot find any titles or credits before the 1950s).  According to location expert Tinsley Yarbrough (in the 1920s it was known as the Bell Moving Picture Ranch).  Yarbrough's research reveals that a gentleman named Berry later purchased the Bell property, and sold the 120 acres to Rosemary Couch and Jean Forsythe.  They named their new property the Berry Ranch.  I have located news articles about the Berry ranch, but no reference to early filming information can be found.

About 1950, five acres were sold to Tony Stimolo who then named his property the Bell Location Ranch.  In 1955 Stimolo built a Western street on the ranch.  The street burned to the ground in the mid 1960's, and was immediately rebuilt.  Eventually disputes with neighboring land owners (who also shared narrow Studio Road), and complaints about the impact of film crews forced the location to close shortly after 1988. 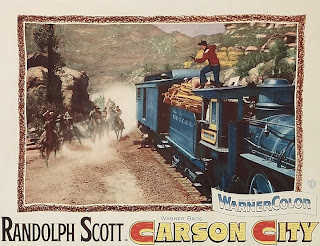 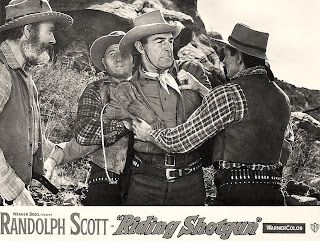 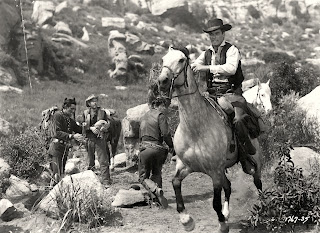 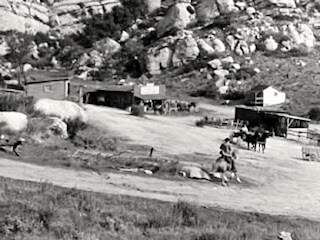 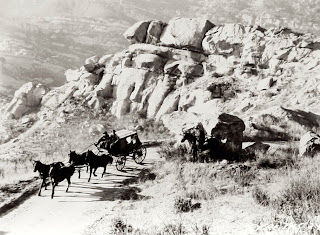 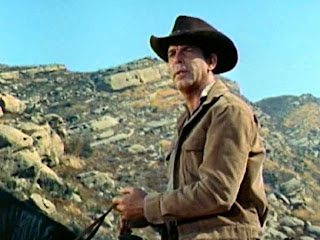 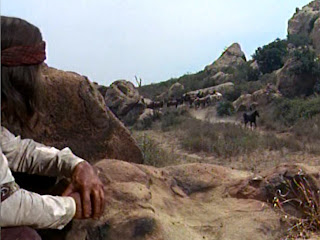 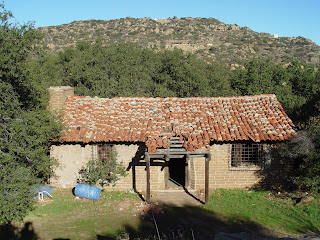 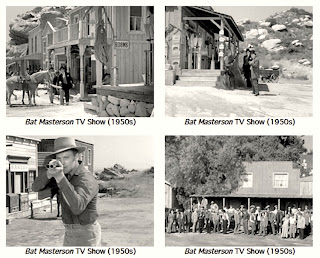