Best Chatsworth Movies -- They Died with Their Boots On (1941) 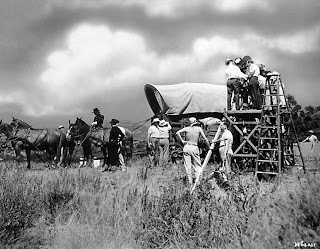 They Died with Their Boots On (1941) is a rollicking good western film directed by Raoul Walsh starring Errol Flynn and Olivia de Havilland
Mixing fact with a big helping of fiction the movie is an entertaining--but not historically accurate--account of George Armstrong Custer's (Errol Flynn) life beginning with his time at West Point in 1857 to his death at Little Big Horn in 1876. 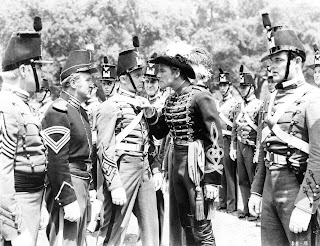 In my opinion the movie is a bit lengthy (2 hours 21 minutes), and spends too much time examining Custer's flamboyant dress and outrageous behavior at West Point. 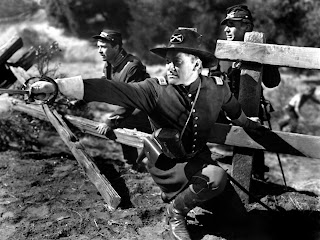 During the Civil War at the Battle of Bull Run (July 1861) Custer disobeys orders and leads a charge into enemy lines where he is wounded in battle, but receives a medal for his valor. 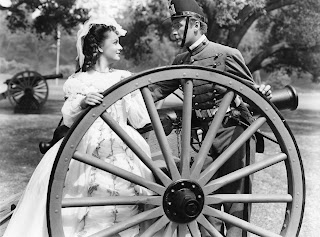 The second half of the film sets the stage for Custer's 'last stand' with the Indians. 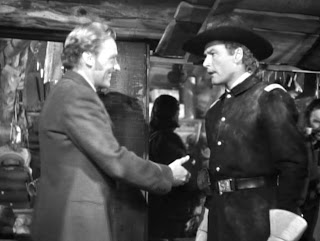 Custer learns his old enemy from West Point--Ned Sharp (Arthur Kennedy-left in the photo above)--is trying to start a gold rush in the Black Hills of the Dakota Territory. A gold rush would increase business for Sharp's shipping line, but would cause a stampede of settlement into Native American sacred land. 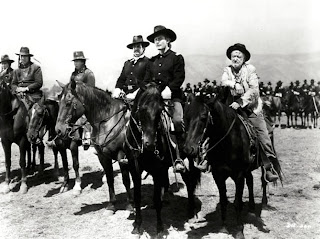 Portrayed as an Indian sympathizer--Custer is outraged by the news of an invasion into Indian territory, and goes to Congress seeking their support.  Congress ridicules and ignores him, but later when the presence of gold miners leads to open conflict with Native Americans President Grant restores him to command of the 7th Cavalry. 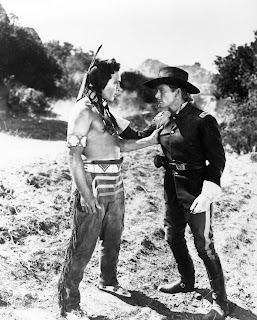 The film suggests that a hand-full of corrupt politicians provoked Indians into a war that threatened the survival of all settlers moving West. 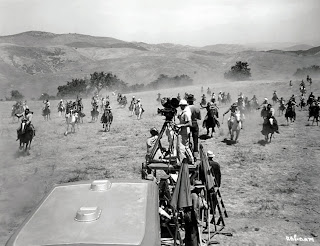 In the end Custer's "Last Stand" follows through on his promise to teach his men "to endure and die with their boots on."
Cast:

From an Iverson Ranch movie historian's point of view I can't help but wonder if Raoul Walsh wasn't trying to upstage John Ford's use of Iverson scenes from Stagecoach (1939)?  Walsh carefully lensed scenes that took full advantage of the best landscape formations the ranch had to offer… 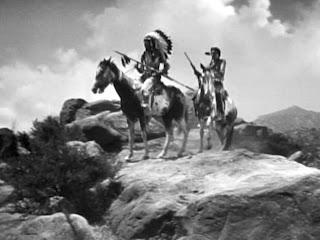 Sioux scouts on Boots Rock near the Garden of the Gods. 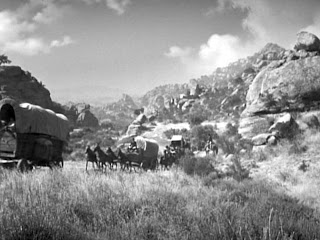 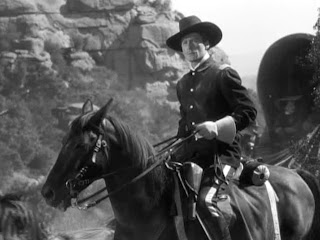 Custer with Nyoka Cliff as a backdrop. 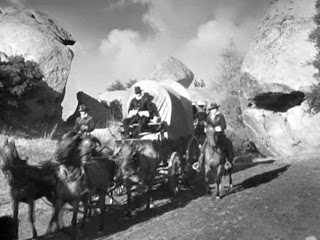 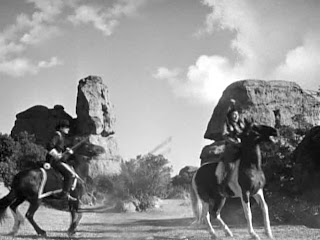 The famous Custer and Crazy Horse fight scene at the Garden of the Gods. 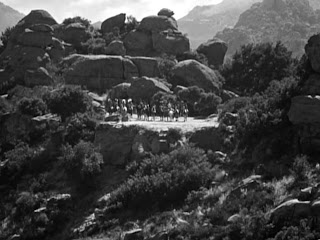 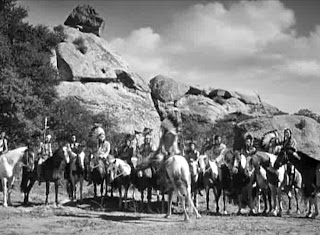 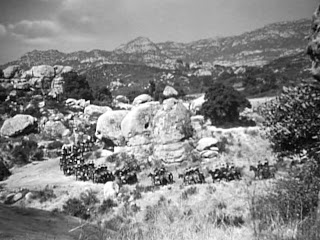 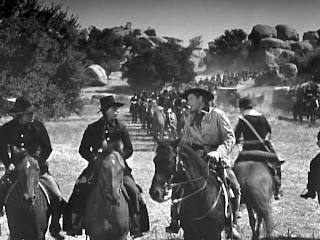 If you are an Iverson Location Ranch aficionado this movie is a must see.  And, it's a darn good tall tale to boot!

Posted by Drifting Cowboy at 10:40 AM