For the past several months I've been posting information about Chatsworth's Rock Stars.

Don't expect to find racy stories and photos about Aerosmith, Kiss, or Queen.  Chatsworth's Rock Stars are a little different :-)

They really are rocks!  Rocks that have appeared in so many movies they are literally stars.  I've posted stories about them under the title 'Meanwhile back at the ranch' which is a continuing series about landscape features on the old Iverson Movie Location Ranch in Chatsworth, California.

Garden of the Gods
http://a-drifting-cowboy.blogspot.com/2011/11/meanwhile-back-at-ranch-garden-of-gods.html 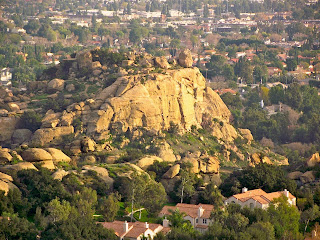 Hole in the wall
http://a-drifting-cowboy.blogspot.com/2012/01/meanwhile-back-at-ranch-hole-in-wall.html 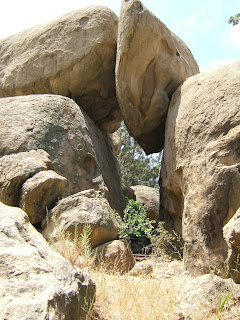 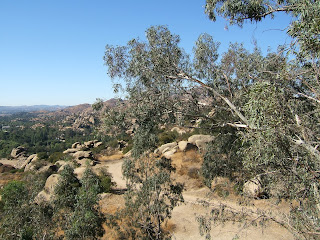 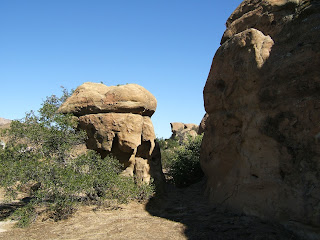 
Eagle Beak and The Molars
http://a-drifting-cowboy.blogspot.com/2012/05/meanwhile-back-at-ranch-eagle-beak-and.html 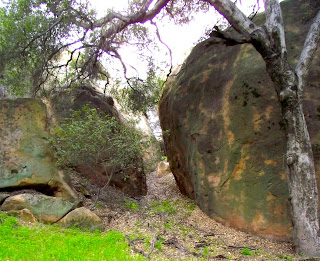 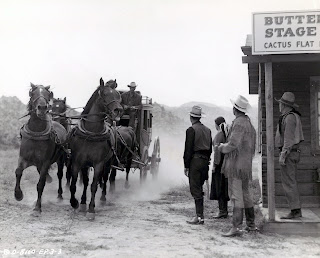 For additional information about all of Chatsworth filming locations see http://www.cowboyup.com/ learn about my books: Rendezvous at Boulder Pass: Hollywood's Fantasyland - 2010 and Reel Cowboys of the Santa Susanas - 2008.

Posted by Drifting Cowboy at 10:11 AM