Stealth of the paddle--finding the silent places 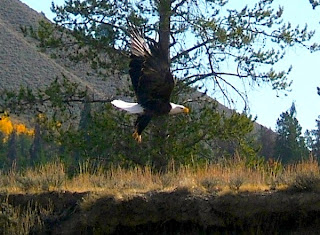 I've been studying my family's genealogy and history for nearly 40 years now.  Along the way I've located a few ancestors as far back as twenty generations ago.

But my biggest surprise came last year when I made a breakthrough in my mother's French-Canadian line.  I discovered more than a few of them had been voyageurs and fur traders.

Maybe that explains my 50-year-long obsession and passion for canoeing, and my quest to discover the silent places that can only be reached by paddle and portage.

Nearly half a century ago I made my first river float trip down California's Owens River.

I was amazed at the variety of wildlife along the river, and I couldn't believe how close I could get to them in a canoe.

Since then I've canoed the Boundary Waters Canoe Area (BWCA) in Minnesota, portions of Algonquin Park in Ontario, Canada, the Upper Missouri River in Montana, and a myriad of other lakes in California, Wyoming, and Montana, as well as a few in British Columbia, and Alberta, Canada.

In the BWCA I paddled along accompanied by a giant bull moose, and on the Missouri River I floated for miles in the company of golden eagles and osprey. 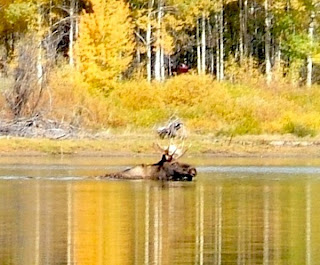 Today my favorite place to paddle is the Snake River Oxbow in Wyoming's Grand Teton National Park.  It takes a little effort to get the proper permits, but the reward is ample.

Last year a young bull moose appeared on the edge of some willows, then waded into the oxbow, and swam past me.

The next day as I was floating down a portion of the Snake River, I spotted a bald eagle on a river bank.  I pulled my camera out just in time to get one quick shot of him launching into the air.

I've always known that the stealth of a paddled canoe assisted my fishing efforts, and I am no longer amazed when I paddle along with otters, beaver, moose, and eagles.

Oh!  And, I do carry a can of bear-spray in case grizzly 399 and her cubs decide to swim past me in the Oxbow.

Posted by Drifting Cowboy at 4:24 PM