The first barn dance I ever attended was in 1958 in a little burg known as Raymond, California.  The dance was put on by a local church as a fundraiser.  The music was strictly rock 'n roll.   When I was stationed at Fort Bragg, North Carolina about 1963, I attended another in Southern Pines, South Carolina. 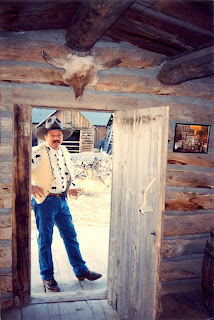 The Western Design Conference put on an excellent dance in a barn at Trail Town in Cody, Wyoming in 1997.  The music was some swell "Western Swing" played by Liz Masterson, Sean Blackburn and their band.  I attended another dance in a barn on a cattle ranch in Los Alamos, California about 1995.  The barn was so dusty that most folks just listened to some pretty nice cowboy music without kicking' up any extra dust.
I don't know if they do it anymore, but the Santa Clarity Cowboy Poetry Festival had a really terrific barn dance on Melody Ranch when it first started out.  My friend Don Edwards had a fine "Texas Swing" band that played it the first couple of years. 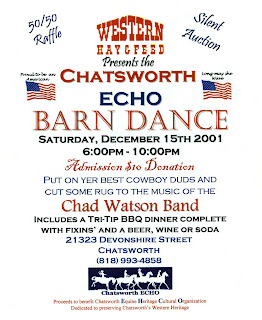 Back in 2001 when the Chatsworth Equine Cultural Heritage Organization, a nonprofit I founded, was fighting real estate developers we put on a couple of barn dances as a fundraisers. 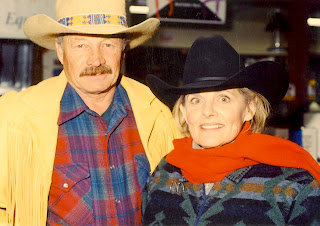 Even a cold December night is okay (for a barn dance) when you've got a Tri-Tip dinner complete with all the fixin's, a beer or two, and lots of good friends to spend an evening with.