Roger's Charlie Russell quote -- Any time I cash in now, I win! 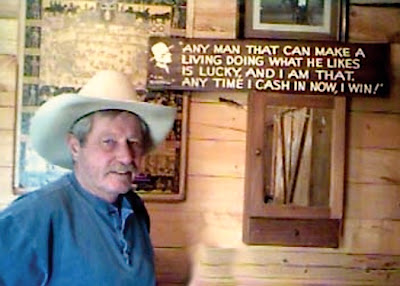 In my last post I wrote about Roger Miller's medicine bag.  That got me thinking' about his philosophy and approach to life.  The little sign in the photo above hung in the corner of Roger's cabin and was something Roger really enjoyed talking about.  The sign has a little silhouette of Charlie Russell (the famous cowboy artist) with a quote of his which reads: "Any man that can make a living doing what he likes is lucky, and I am that.  Any time I cash in now, I win!"
Roger made his living as an artist, as did Charlie Russell, who was one of his heroes.  The real irony is that both Charlie and Roger died way too young.
I wish I had some better pictures of Roger's art, but these will have to do. 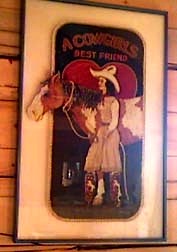 A cowgirls best friend (above) was typical of his art.

Roger nearly always had a little humor in his art, as did Charlie Russell. 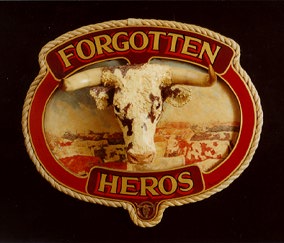 Roger always thought cows deserved more respect than they got. 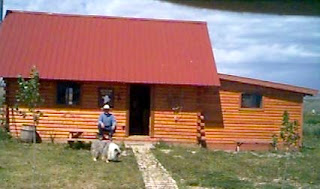 I helped Roger get the foundation and floor of his little cabin in place during the summer of 1996.  He finished it that fall.  It wasn't fancy, but to my mind it was the perfect cowboy artist's camp.

Posted by Drifting Cowboy at 10:01 AM