Frank Bailey, my granddad, learned that wheat farming is a risky business, so after a few seasons of battling harsh winters, too little rain, crop disease, and insects, he pulled up stakes and moved his family to Lewiston Orchards, Idaho. 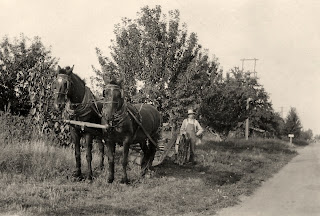 He raised apples and peaches on an already established well irrigated farm he purchased. 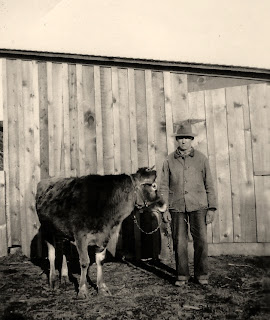 He had a couple of good producing dairy cows from which grandma "put up" and sold butter. 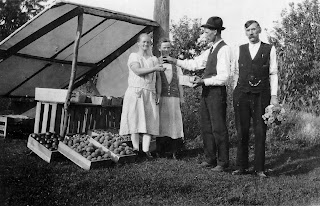 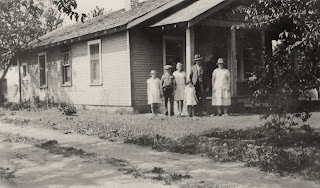 Frank's family in the photo above was taken in 1929.  You'd have thought a farm would have been a great place to weather the Great Depression, but if nobody could afford to buy the food you produced you couldn't pay the mortgage. 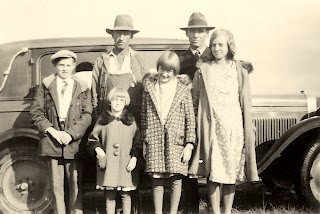 By 1930 the Baileys left the farm and headed for New York to work for one of grandma's sister's husbands on his dairy farm.  Left to right in the photo above are Vernon Bailey, Lon Brown (standing behind), Muriel Bailey, Hazel Bailey, Frank Bailey (standing behind) and Velma Bailey.  By 1936 the Baileys were in California, and Lon was back in Montana.
Posted by Drifting Cowboy at 2:46 PM