Everyone must believe in something -- I believe I'll go canoeing 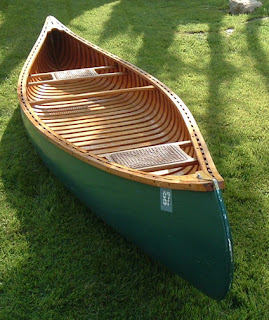 "Everyone must believe in something. I believe I'll go canoeing" is one of my favorite canoeing quotes by Henry David Thoreau.  If you've been following my blog, you know I've been paddling canoes in the United States and Canada for more than 50 years. 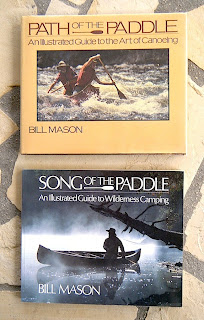 In an earlier post at http://a-drifting-cowboy.blogspot.com/2011/10/getting-it-all-together-canoe-camping.html I told you about Bill Mason's books about paddling and canoe camping, which became my guide for canoeing.  In one of Bill Mason's books he wrote, "There is nothing that is so aesthetically pleasing and yet so functional and versatile as the canoe," and I agree 100%.


I've owned a bunch of canoes in my lifetime.  Some, like the Old Town Trapper pictured at the top of the page, I regret selling.  However. when I think about it for awhile. I realize it would be too heavy for me to portage these days--the darned thing weighed more than 65 pounds.  It was a real joy to paddle, and just looking at it gave me pleasure 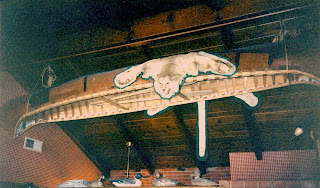 Another extraordinary canoe that I owned for many years was a birch bark crafted by Bill Hafeman, master canoe builder.  It hung from my living room ceiling.  I'm sad to say I never put it in the water.  if my current home had the same high beamed ceilings, I'd still own it.

Canoeing is a passion that runs deep in my soul--maybe because I have some French-voyageur blood flowing in my veins.  I can't seem to satisfy my thirst for knowledge about canoes.  I've even collected and studied works of art by Philip R, Goodwin, Frank Schoonover, Arnold Friberg, and others who have captured the canoe in history through the stories they tell in their paintings.

One of my favorite canoe prints (above) is  by Frances Anne Hopkins (1838 - 1919).  Its title is Canoe Manned by Voyageurs Passing a Waterfall. It's a scene showing a large Hudson's Bay Company freight canoe passing a waterfall. The passengers in the canoe may be the artist and her husband, Edward Hopkins, secretary to the Governor of the Hudson's Bay Company.  This Canadian work is in the public domain now in Canada.  its copyright has expired because it was first published more than 50 years ago, or the creator died more than 50 years ago.

I'll close this post with a poem from George Marsh that was published in Scribner's Magazine, October 1908.

My seams gape wide so I’m tossed aside
To rot on a lonely shore
While the leaves and mould like a shroud enfold,
For the last of my trails are o’er;
But I float in dreams on Northland streams
That never again I’ll see,
As I lie on the marge of the old portage
With grief for company.

When the sunset gilds the timbered hills
That guard Timagami,
And the moonbeams play on far James Bay
By the brink of the frozen sea,
In phantom guise my Spirit flies
As the dream blades dip and swing
Where the waters flow from the Long Ago
In the spell of the beck’ning spring.

Do the cow-moose call on the Montreal
When the first frost bites the air,
And the mists unfold from the red and gold
That the autumn ridges wear?
When the white falls roar as they did of yore
On the Lady Evelyn,
Do the square-tail leap from the black pools deep
Where the pictured rocks begin?

Oh! the fur-fleets sing on Timiskaming
As the ashen paddles bend,
And the crews carouse at Rupert House
At the sullen winter’s end;
But my days are done where the lean wolves run,
And I ripple no more the path
Where the gray geese race cross the red moon’s face
From the white wind’s Arctic wrath.

Tho’ the death fraught way from the Saguenay
To the storied Nipigon
Once knew me well, now a crumbling shell
I watch the years roll on,
While in memory’s haze I live the days
That forever are gone from me,
As I rot on the marge of the old portage
With grief for company.

Sigurd F. Olson was an American author, environmentalist, and advocate for the protection of wilderness. For more than thirty years, he served as a wilderness guide in the lakes and forests of the Quetico-Superior country of northern Minnesota and northwestern Ontario. He was known honorifically as the ‘Bourgeois’ a term the voyageurs of old used of their trusted leaders.

“There is magic in the feel of a paddle and the movement of a canoe, a magic compounded of distance, adventure, solitude, and peace. The way of a canoe is the way of the wilderness and of a freedom almost forgotten. It is an antidote to insecurity, the open door to waterways of ages past and a way of life with profound and abiding satisfactions. When a man is part of his canoe, he is part of all that canoes have ever known.”
-- Sigurd F. Olson

“Ghosts of those days of the voyageur stalk the portages, and phantom brigades move down the waterways, and it is said that singing can be heard on quiet nights.  I wonder when the final impact of the era is weighed on the scales of time if the voyageur himself will be remembered longer than anything else.  He left a heritage of the spirit that will fire the imaginations of (paddlers) for centuries to come.”
— Sigurd Olson, The Lonely Land, an account of Olson's Churchill River voyageurs canoe expedition, published by Alfred A. Knopf, Inc.

If you liked this post be sure to check out my two other blogs about my Voyageur ancestry:

Posted by Drifting Cowboy at 7:13 AM