Meanwhile back at the ranch -- Zorro's Cave 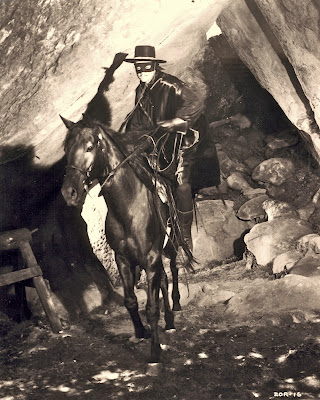 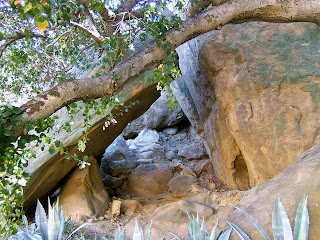 The cave is located on private property in the Cal-West Townhomes (at the end of Sierra Pass Place--a private driveway).  A few months after I took this photo in 2009, the owner of the property installed iron bars to keep trespassers from accessing his property.  I surely don't blame him because intruders were lighting fires and leaving trash everywhere. 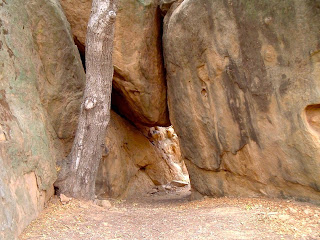 The cave is actually an "L" shaped archway with a rear entrance as seen above.  It wasn't one of the most filmed features on the Iverson Movie Location Ranch, but it certainly is interesting. 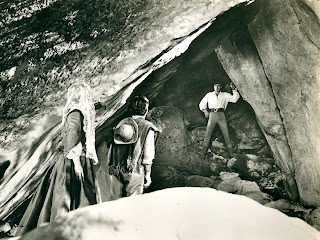 Above is a promotional still for California (1963), starring Jock Mahoney, Faith Domergue and Michael Pate.

Other movies and serials it shows up in include: 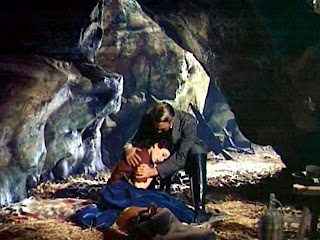 A similar cave as seen in Belle Starr (1941) starring Randolph Scott, Gene Tierney, and Dana Andrews, is not Zorro's Cave, but a second smaller archway located further west in the Iverson Gorge.

Thanks to the fan who pointed this one out to me.

Posted by Drifting Cowboy at 11:56 AM