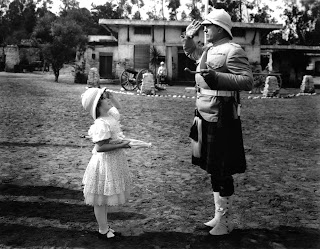 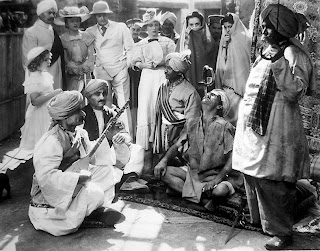 Wee Willie Winkie is a tale about a young girl (Priscilla Williams) traveling with her widowed and impoverished mother (Joyce Williams) to join her paternal grandfather (Colonel Williams). 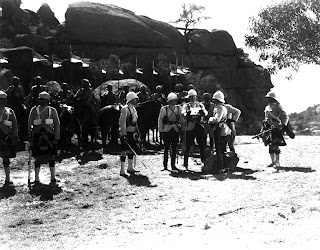 Colonel Williams is a stern military man who commands a remote military outpost on the northern frontier of India, and he unaccustomed to women and children. Convinced her grandfather disapproves of her Priscilla decides to become a soldier to win him over.  Sergeant MacDuff helps Priscilla and nicknames her 'Wee Willie Winkie,' from an old Scottish rhyme.

Priscilla visits Khoda Khan in prison to return his talisman.  He is grateful to have the talisman back, and is touched by her attempt to cheer him up.

Later, on the night a formal dance, Khan's rebel forces attack the outpost and free him. 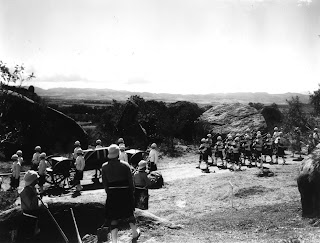 While on patrol Sergeant McDuff is fatally wounded, so Winkie decides to go to Khoda Khan to ask him stop the fighting.  Mohammet-dihn, the colonel's servant (who is actually Khan's spy) smuggles her off the post and takes her Kahn's mountain fortress.

Khoda Khan believes the colonel will bring his entire regiment to rescue Winkie, and plots their destruction.  Under a flag of truce the colonel makes a dramatic climb up the steps to Kahn's fortress.  When he is shot at by Kahn's rebels Winkie bolts and runs to his side. 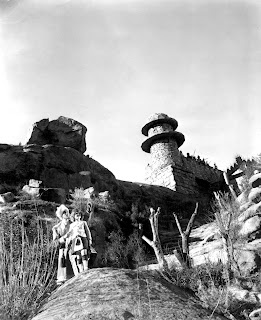 Kahn admires the courage of the colonel, and wants no harm to come to the child, so he orders his rebels to cease fire.  Kahn and the colonel negotiate a peace and the war ends. 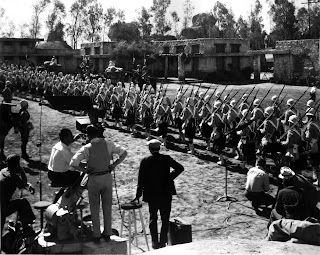 Director John Ford had several elaborate sets built for the movie including the military outpost seen in the still above. 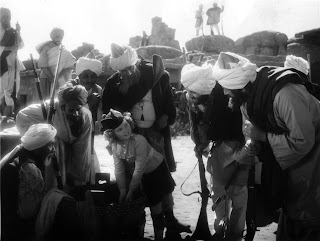 Khoda Kahn's fortress was constructed along side the famous 'Iverson wall'.  In the still above you see can Crown Rock at the top right. 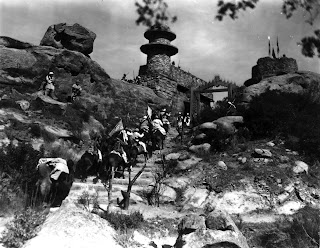 Steps leading to the rebel strong hold begin in the Iverson gorge and ascend to the plateau where the wall is located.  Three Ages Rock is located top left in the still above. Ford's adaptation of this Rudyard Kipling story brings about continuing themes found in all of his movies… the civilizing influence of women and children, respect between enemies, sacrifice, and courage.

John Ford brought out the very best of Shirley Temple who always said Winkie was her favorite film, and that she got along well with Ford. 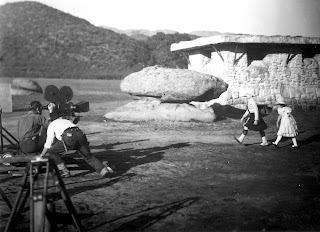 All in all this is a delightful adventure story that just happens to star a charming child actor.  It's one of my favorite Chatsworth films, and it features some of the best 'Rock Stars' on the Iverson Ranch.

In 1938, William S. Darling and David S. Hall were nominated for an Academy Award for Best Art Direction.

Posted by Drifting Cowboy at 8:16 AM